I should mention a random comic episode that took place when my father and I went kayaking at the end of this summer in Alaska. 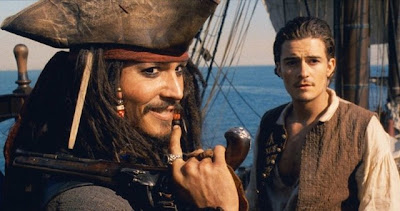 In the first Pirates of the Caribbean movie, we find out that Captain Barbosso had once committed mutiny against Captain Jack Sparrow for the sake of treasure. In the same great spirit of scalawag comradeship, I attempted to do the same to my father, on kayaks. The moral of the story is to follow:

We had set out in kayaks on Beach Lake (near Eagle River, where we live) with far more peaceful and poetic intentions: the lake has a gorgeous view of the surrounding tundra-y mountains, and is a tranquil spot where one can lazily paddle upon the calm reflective waters. We did just that, gently exploring the shore and occasionally following the trail of a lone loon, when suddenly we came upon a treasure...

The treasure was of an unusual kind: small red berries alluringly hanging right off the shore. They were red currents. We have frequently picked them on land, but plucking them off the plants straight out of the kayak was an unheard-of luxury. Unfortunately, my father was first to discover the berries, and, having parked his kayak parallel to the shore and grabbing all the berries that were within reach, he had effectively blocked my reach of the treasure.

I attempted to wedge my kayak between him and the berries, but to no avail; he clung onto a bush and pulled himself firmly against the shore. As I endeavored to storm his kayak again and again, following Dodge's headstrong prescription of "if you can't dodge it, ram it", he even began pelting berries at me, forcing me into retreat.

Desperate situations call for desperate solutions: untying a rope on the front of my kayak, I sneakily attached it to my fathers', and then paddled, full-force, until I jerked my father's kayak out of his well-chosen spot. The surprise attack was a success; but, when I attempted to reach the freed berries, my father paddled me out of reach, just as I did to him. The rope had had turned out to be a double-edged sword!

An inconclusive tug of war ensued. Unable to win, I rushed at my father's kayak and untied the rope that bound us, grabbing straight onto his kayak instead. That too was an un-thought-out plan, as I was forced to use at least one of my hands to hang onto his kayak, whereas he had both hands at his disposal to splash me with his paddle. Alas, I had no choice but to let go.

It was now no longer about berries; it was about honor, and I was not willing to admit defeat quite yet. Several more times I tried cornering my father's kayak, but he managed to escape every time, and I still had no idea what I'd do even if I managed to grab hold of his kayak...

Sweet revenge! -- I wanted it to be poignant and fitting. If my father was so attached to his berries, so be it: I'd tie his kayak to them for good. Unfortunately, my father had already eaten his fill, and was now paddling around the lake, uninterested in the berries. Thus, my plan to lure him to a bush by rushing towards it stood no chance. Left without a choice, I asked him for help, instead: to assist me in finding the eatable berries, as opposed to the fairly similar poisonous ones. I figured that, finding the berries, he'd undoubtedly want to take a "sampling tax" on them, giving me my chance.

I supposed that asking for help and then betraying my helper could technically be considered immoral bad karma But, hey, mutiny is difficult enough to execute even without observing peacetime morality. Either way, my father refused to help (muttering something about God's will with regards to which berries I eat), so we were both square. As we were about to head home, however, and as I continued to be at a loss as to how to re-gain my honor, my father finally stopped at another red current bush. Paddling with all my might and provocatively yelling at him to get out of the way of my bush, I arrived at my father's side to see him entirely occupied by the berries.

The only main rope I had was tied onto the front of my kayak, in a place where I could not reach to untie it. I had, however, a shorter rope that secured my paddle to the kayak, if ever I was to let go of the paddle. Determined to succeed and to think through my entire plan this time, I stole to my father's kayak and tied it onto a convenient tree stump nearby. I even made sure to tie his kayak in a way that he could not reach the knot by hand, and to leave the rope short enough that he could not swing around to untie himself from the tree. Unfortunately, in the noble strive for mutiny, I failed to observe that without the paddle strap, my paddle had begun floating away. When I attempted to reach for the paddle without capsizing, my father suddenly noticed that I had suspiciously lost interest in the berries. Something was amiss -- and, correctly associating my location with the pinpoint of trouble, he was quick to detect the charming new use that I had discovered for paddle straps.

The ensuing scene was that of a struggle. I reached for the floating paddle; my father reached for my kayak. For a good two minutes I tried, in vain, to yank my kayak out of his grip, but couldn't. Finally, under threat of recurrent splashing, and seeing no other way to end the stalemate, I agreed to untie him.

Of course, in the spirit of the moment, I was not going to honor my word as soon as my father let go of my kayak. Unfortunately, my father expected nothing else, and refused to let go of me until he was certain that his kayak was set free. We paddled back to shore, and, as we did, he suddenly perceived that my bow line was still trailing dangerously behind me. He chased after it, and I, not expecting any particularly nice treatment if he were to get a hold of the line, raced to shore. He was catching up. My muscles ached. Fortunately, I made it just about to shore when he caught the rope, ready to "jump ship" into knee-deep water if necessary, so there was no point for him to try to do anything to my kayak.

We were both back on land, safe and sound. But I remained soaked from the continued splashing I had received, and it was my father who had eaten all the berries.

Kids, mutiny is not a solution! 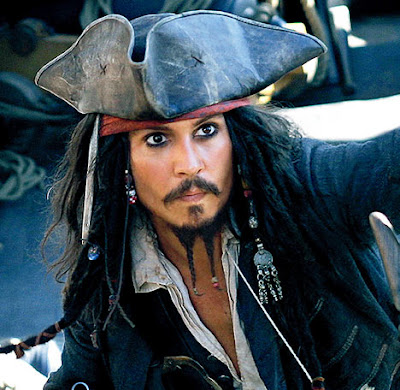