Apparently, the Olympic Pensinsula really inspires the muses, given that the last blog post Michael posted was our trip last year to the Olympics... A good place it is!

And on with the story...

Day 1: Hike up along the Queets River and packraft back down 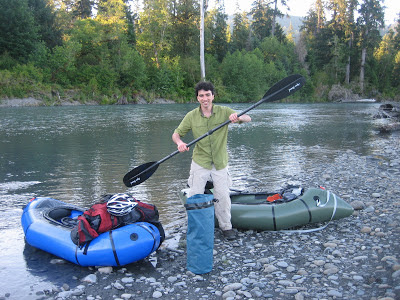 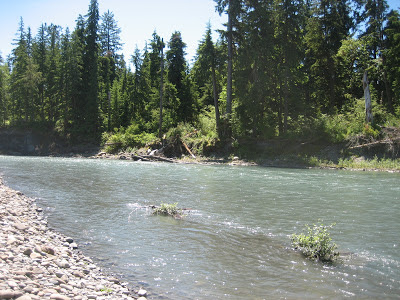 The Queets River was running too high to walk across (about 5ft deep in the center), so we had two options. Option A: (by far the most logical) use our packrafts to cross. Or there’s always Option B, which seemed much grander and more adventurous: swim across. So Michael chose the logical solution to ferry our backpacks and gear across on a packraft, while I opted for the “Grand Adventure”. The glacially cold water was the only real hindrance J But it only took me about an hour to ease into the water and get up my courage to take the final plunge…! 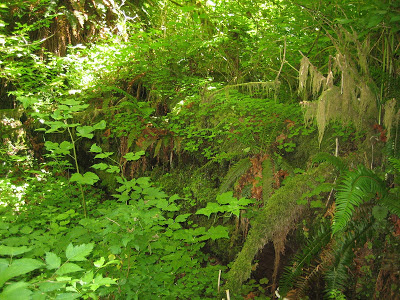 Because not too many other people happen to have packrafts to cross the river, the trail was a bit overgrown J But in the battle between Michael and the thorns, Michael (+ machete) always won!

And the trail was often underwater… but creek walking is always a fun adventure! 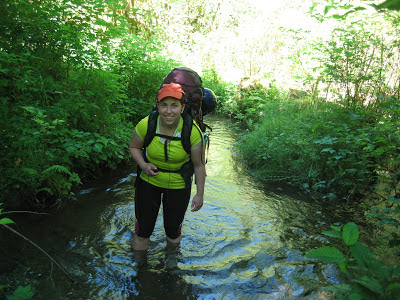 Not to mention the bears clearly using the trail… J 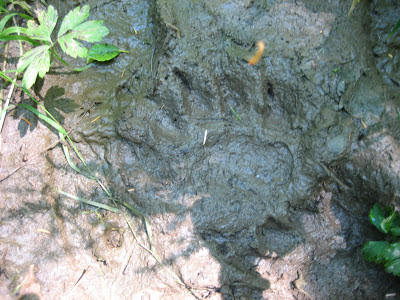 First Grand Respite J (Ignore the monster flies trying to attack me while taking the picture!) 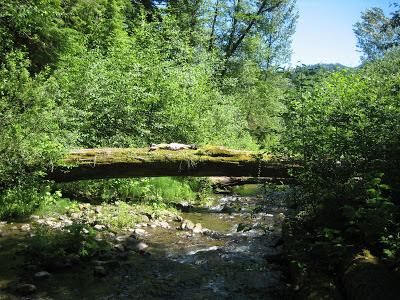 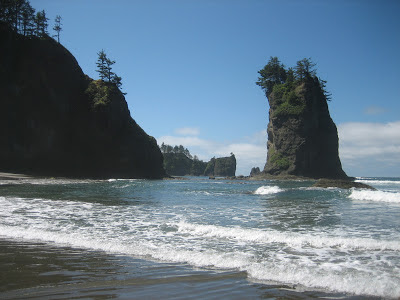 Third Grand Adventure: Packrafting and swimming in the Pacific Ocean

53º water does seem a bit deterring – but my newly purchased wetsuit took care of that problem. But the waves were a different story – the beach sloped so gradually that there wasn’t just one or two lines of high breaking waves, but more like five +. 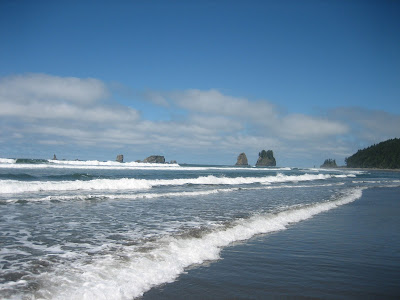 Packraft versus the waves: who’s going to win? 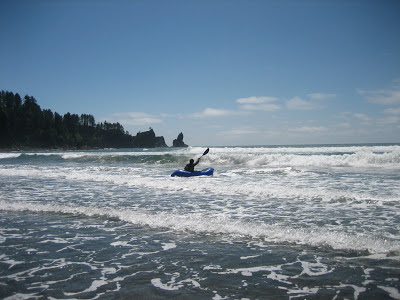 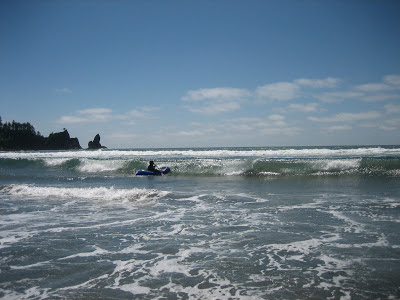 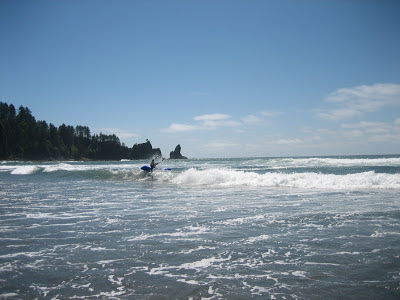 Success for the packraft!

Less success for swimming: I found being tumbled in multiple breaking waves rather unpleasant (and the waves stole my goggles – how rude!), not to mention the surprising effort it can take to get back to shore (silly rip currents and all that…!). Good thing that Michael the Packrafting Hero was around to help rescue me! Too bad I lost the goggles, though…

I heard about this trip a while back from Michael and while cleaning up my bookmarks stumbled across it - great write-up! Thanks for the inspiration, definitely on my bucket list. Neat to see the packraft vs. ocean stuff too. Cheers.