Wednesday May 21st: How to play musical chairs in construction :)

Because of the way we decided to squeeze the septic tanks in behind our house and the septic drainfield beyond, we were advised to get the septic tanks delivered and dropped in before we dig our foundation. (Big trucks are not supposed to drive on drainfield areas to avoid soil compaction and less drainable soil.) 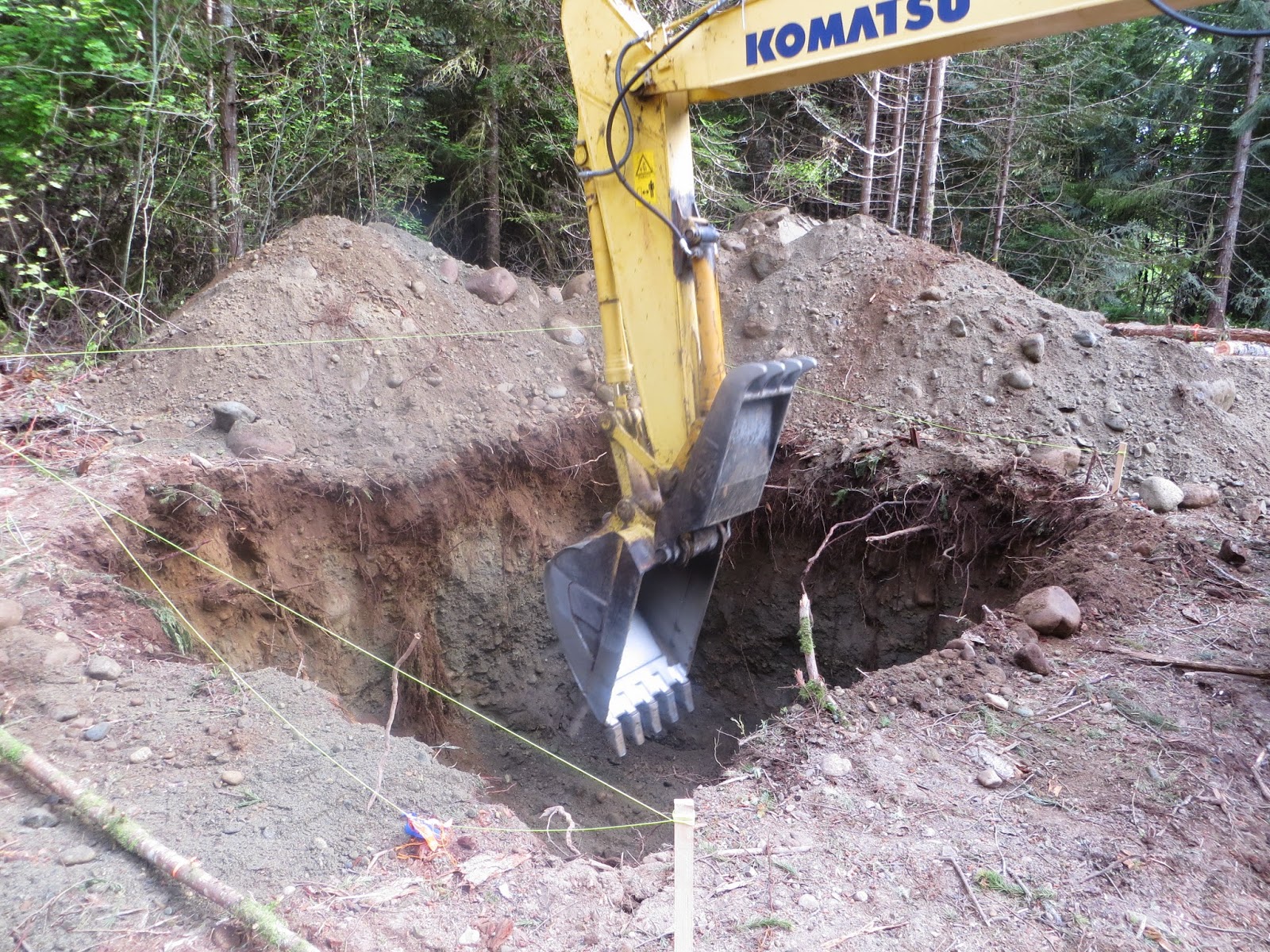 Digging a really deep hole, otherwise known as a “tiger trap”, as one of our neighbors called it J 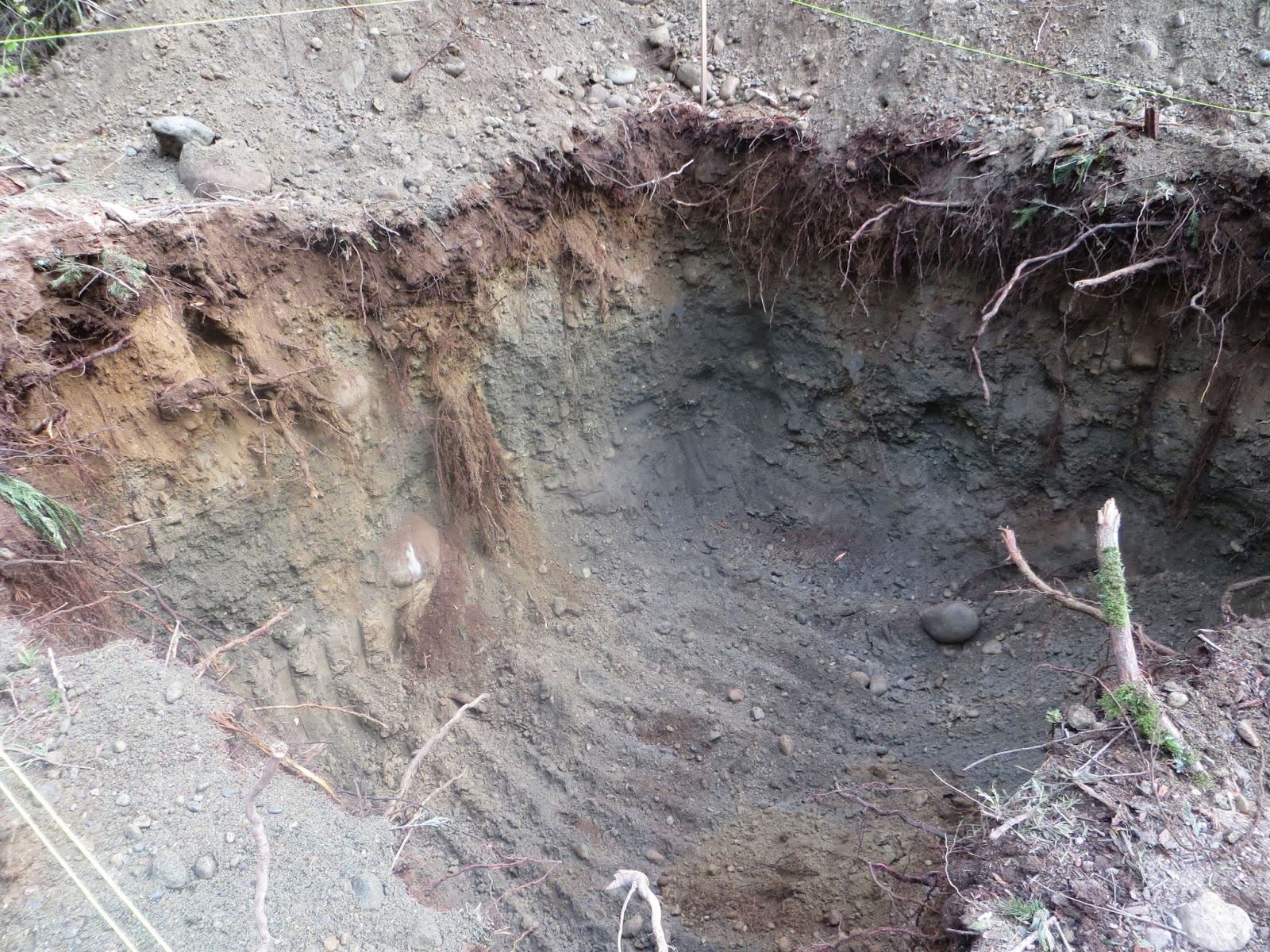 Getting the bottom of the hole level with pea gravel: 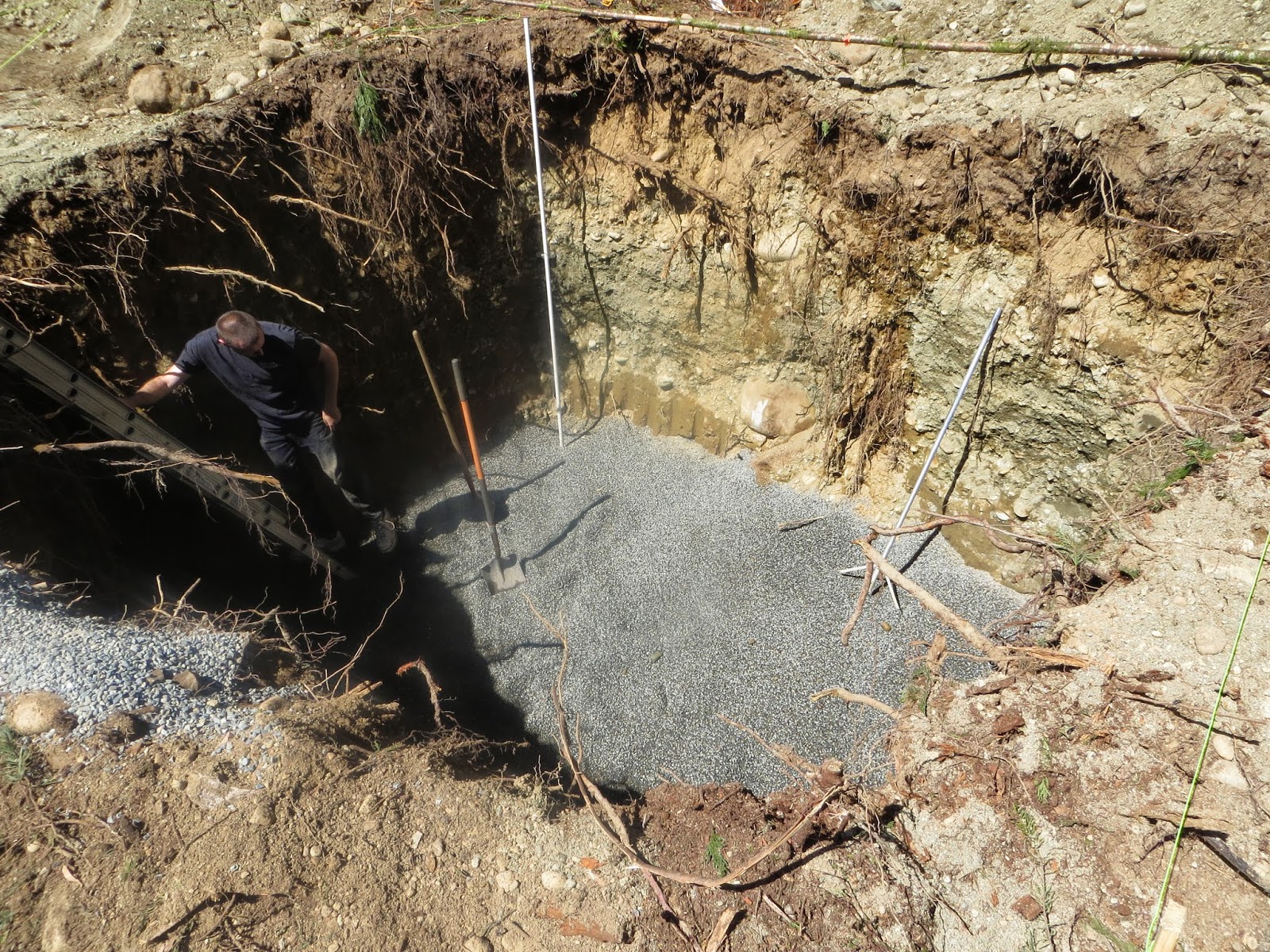 A hole that large clearly needs very large tanks! (Though granted, I was informed that these are considered on the rather “small” side!)

Our lovely septic tanks (at least, they’re lovely for now – in their current unused state!): 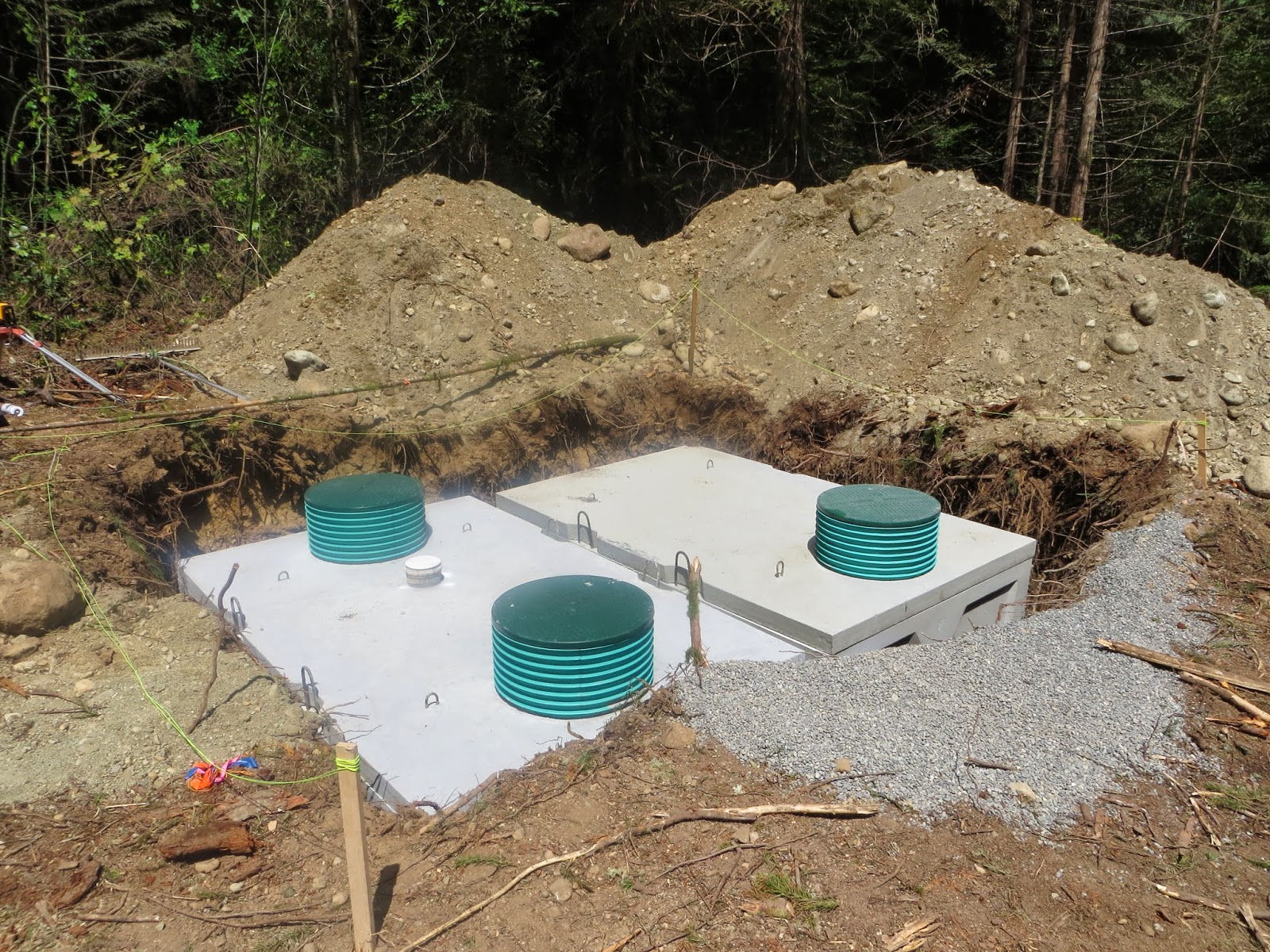 This ended up being a crazy day, as we had our trackhoe doing its usual clearing, along with a dump truck to take out loads of brush (the first truck in the video clip), as well as a log truck to take out a load of logs, in addition to the septic guys coming out to prepare the septic hole, and the big septic tank delivery truck! With only one access road, and a not so super huge house site – this definitely did seem like a game of musical chairs, as one of the septic guys called it, with one or more of the trucks having to wait for a little while for the other trucks to finish before it could get out. A prime example of why it’s hard to be your own GC: trying to coordinate five different trucks/drivers (who can’t give you exact time estimates of when they’ll be available), and to somehow make sure they don’t interfere with each other!

Wow!! Musical trucks is a big step up from musical chairs!!