November has been a transformational month for our house.  I suppose the same could be said for some of the previous months – going from vacant land to a nice house-sized clearing in May, or from a hole in the ground to a foundation in June, or from cement footings to first-floor walls in September.  Still, a house with no roof is like Santa Clause with no beard:  it just doesn’t work.  Hence the transformational November month.  Let the pictures unfold.

First, the humble beginnings:  the little side-roof over the garage. 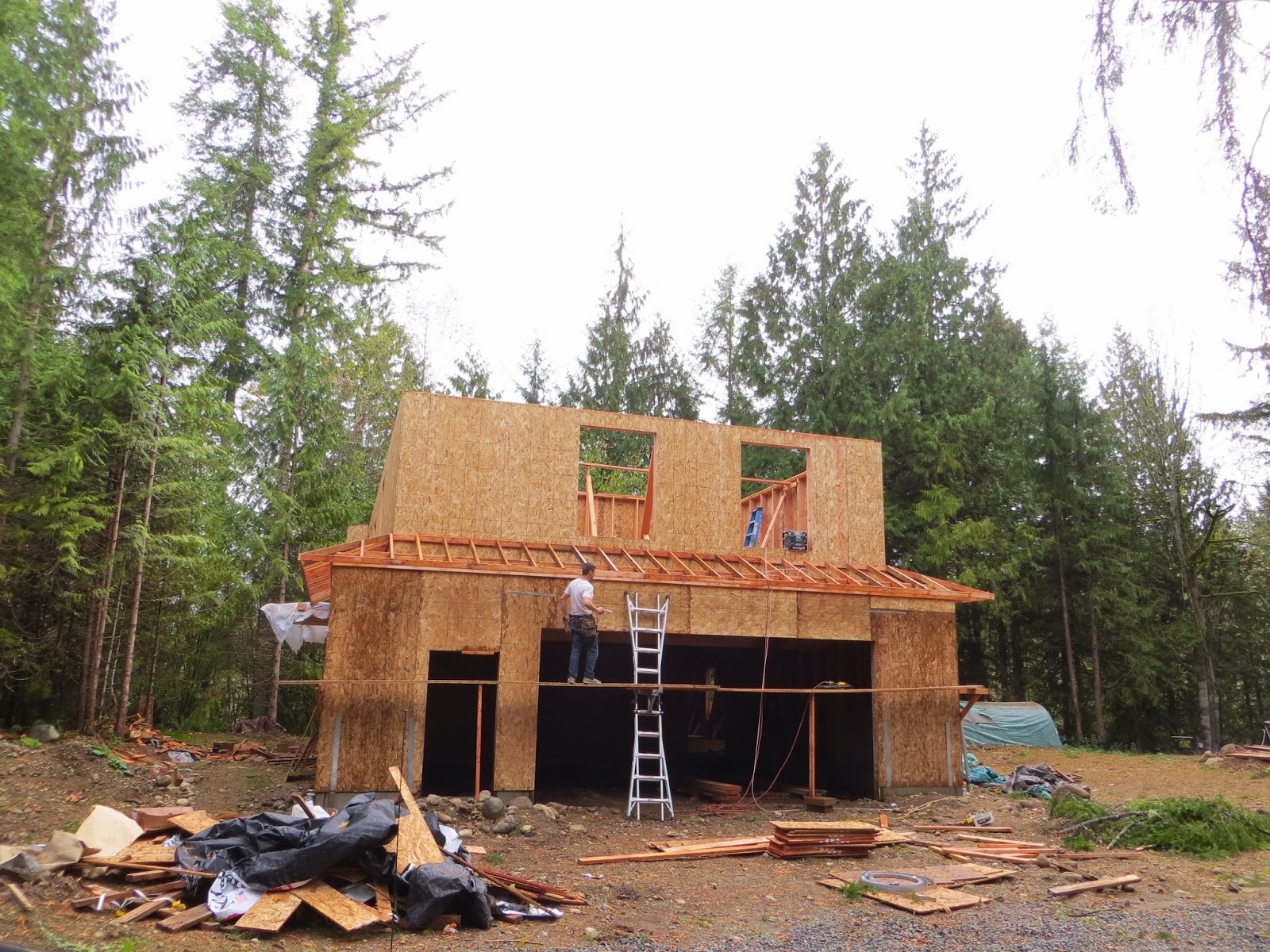 I should note that, contrary to the picture above, most of the main roof of our house is built with trusses.  Trusses are factory-assembled sections of roof – still 100% custom, but built in a large warehouse, on solid ground, where it’s much simpler and easier to do.  They are then delivered on a truck and raised onto the roof, where the framers move them into place and attach them to each other.  Because they are built under ideal conditions, rather than standing on wobbly ladders, trusses are quicker and cheaper.  In addition, and somewhat counter-intuitively, they use less wood:  they are engineered for the specific load of the roof (calculated individually for each house), and as such can use just the minimal amount of lumber, rather than relying on overestimating “rules of thumb”.  In short, trusses are awesome.

Despite all this, trusses have two disadvantages.  First, they need to be precisely calculated, which is no small feat with our house, given its many 45-degree angles, different ceiling heights and roof pitches, and the minor discrepancies between plans and reality (particularly on said 45-degree angles).  Secondly, while vaulted (non-flat) ceilings are possible using scissor trusses, the interior pitch of the ceilings is always going to be less steep than the outside roof pitch (i.e., you can’t have rooms that make full use of how tall the roof is).

Katrina had spent many an hour with the truss designer (learning about trusses and feasibility), and then countless more hours studying our plans, measuring on-site dimensions, dusting off her geometry skills, and trying to mesh her vision with what is actually feasible in the truss world.  As with many of the other design-intensive trades, Katrina has become an amateur expert… at least in the types of trusses used for our house.

For our two turret rooms, though, the octagonal (but not quite perfectly-octagonal) shape of those rooms made calculations a risky proposition – and at any rate, we wanted the interior ceilings to be as steep as possible.  So those were framed by hand (also known as “stick-framed”).


Fun fact: stick-framed turrets like the ones on our house are apparently known as “witch’s hat turrets” in the framing trade.  Why?  First:  When finished, they look like a witch’s hat.  And, second, they’re a witch-with-a-“b” to make.

Be it as it may, the turrets are absolutely beautiful.  They are also special snowflakes.  Literally. 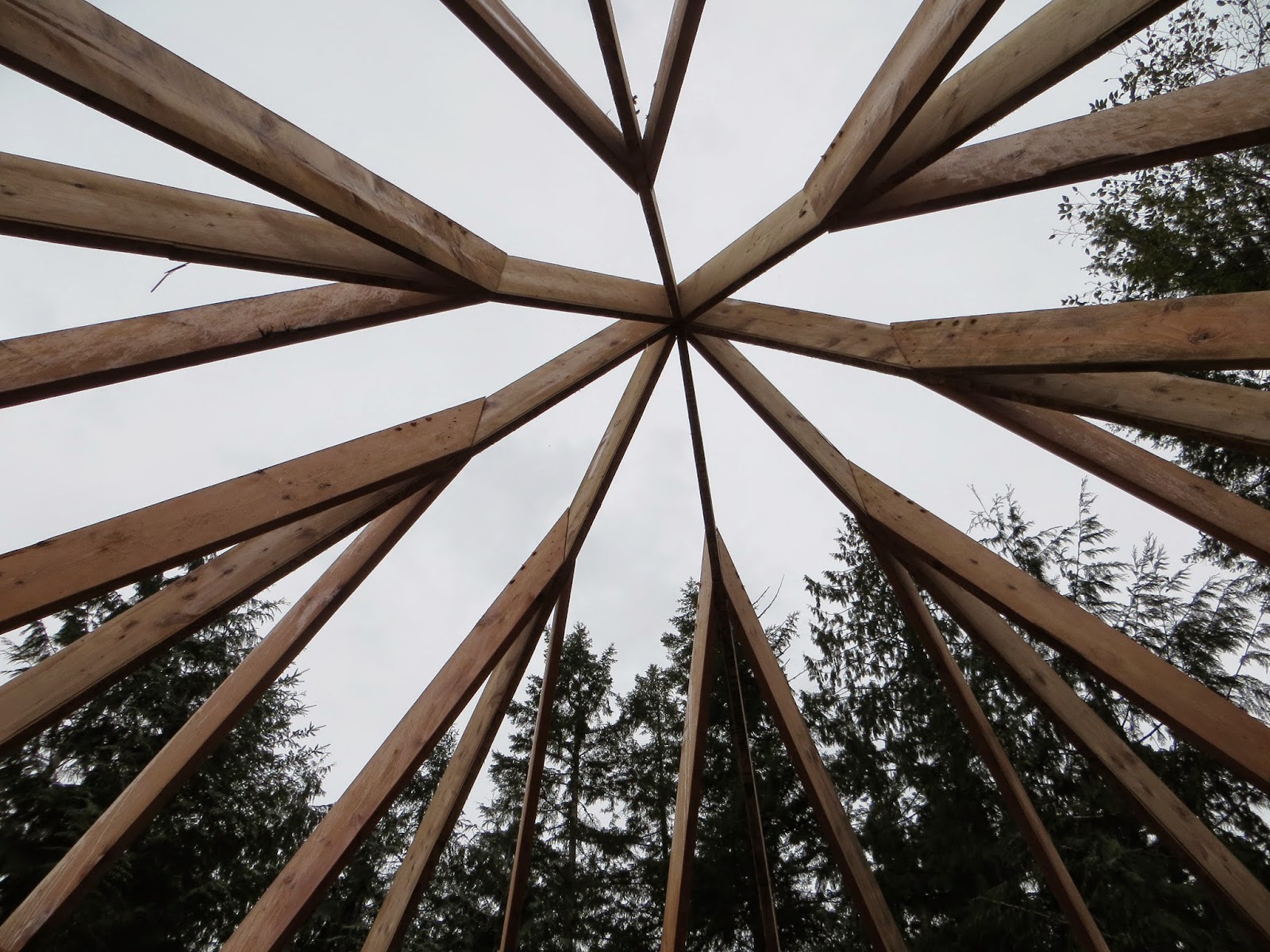 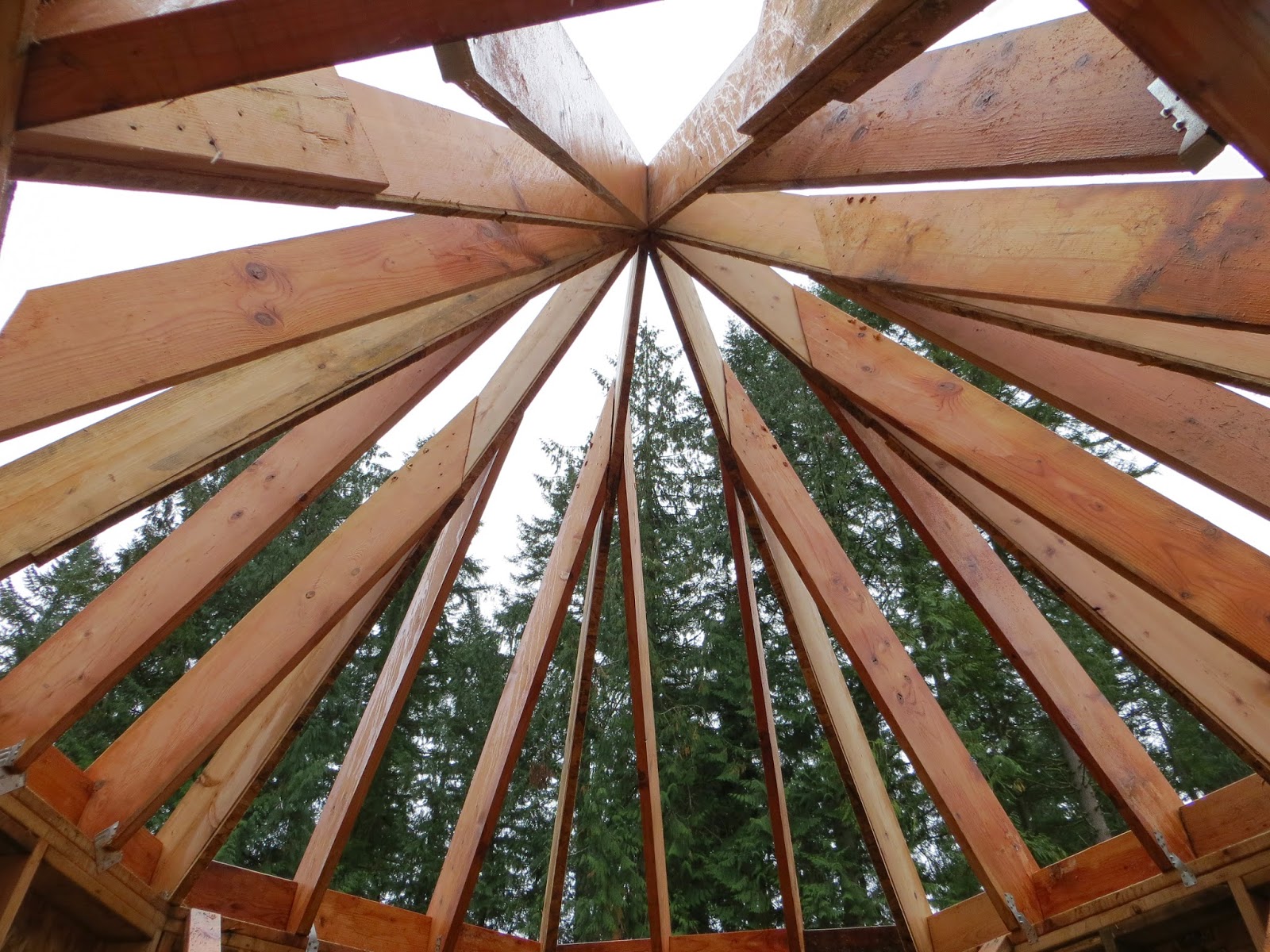 Finally, the trusses arrive.  Let’s look at it in real-time:

But what do you do with all these truss packages?  We turn to our timelapse camera, to see the trusses go up like a match house.


Views from the inside:


(Note the different truss types:  the first is a scissor truss for a “cathedral ceiling”, whereas the second image is a flat-ceiling-ed storage trusses with attic space in the center) 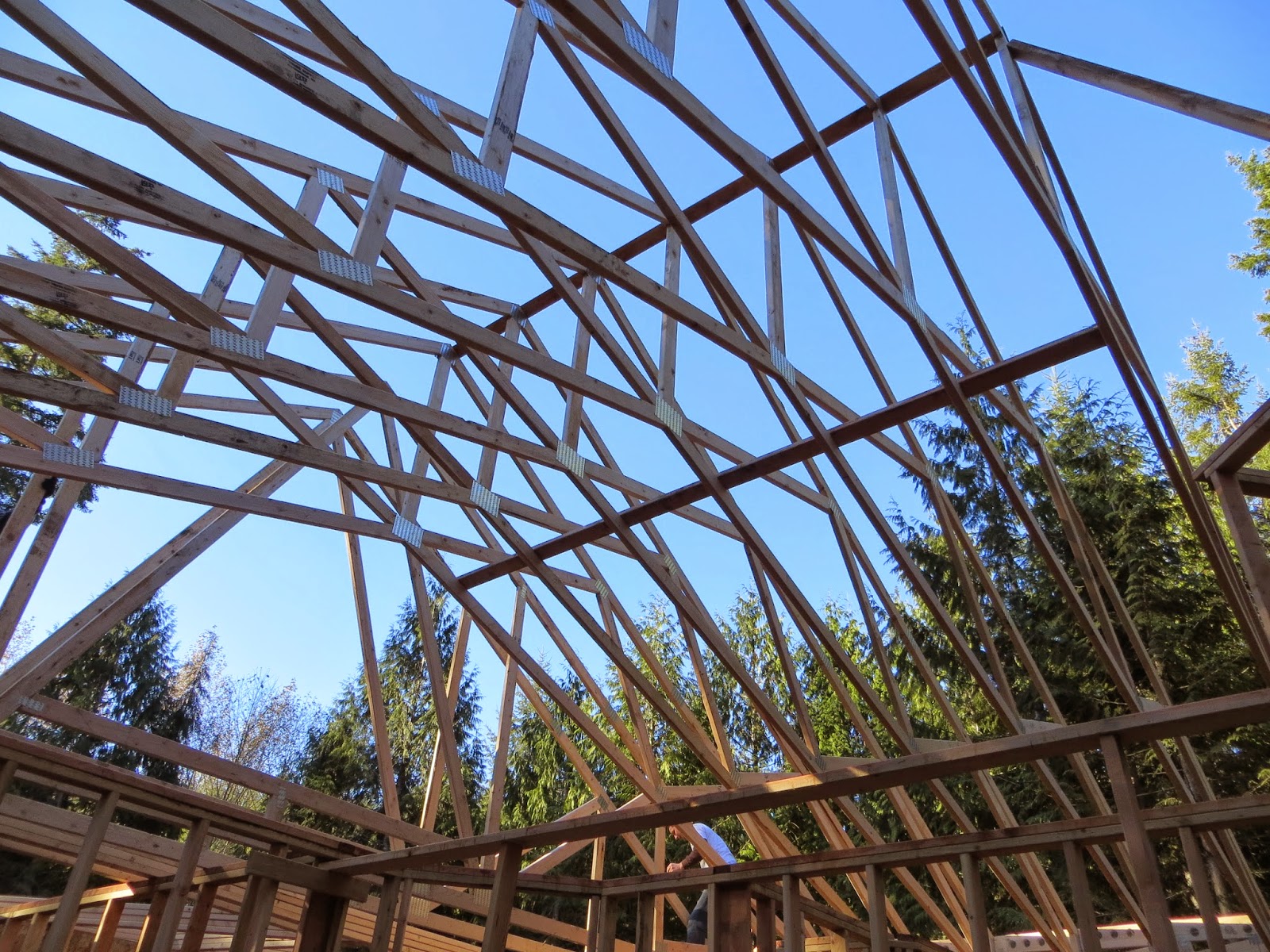 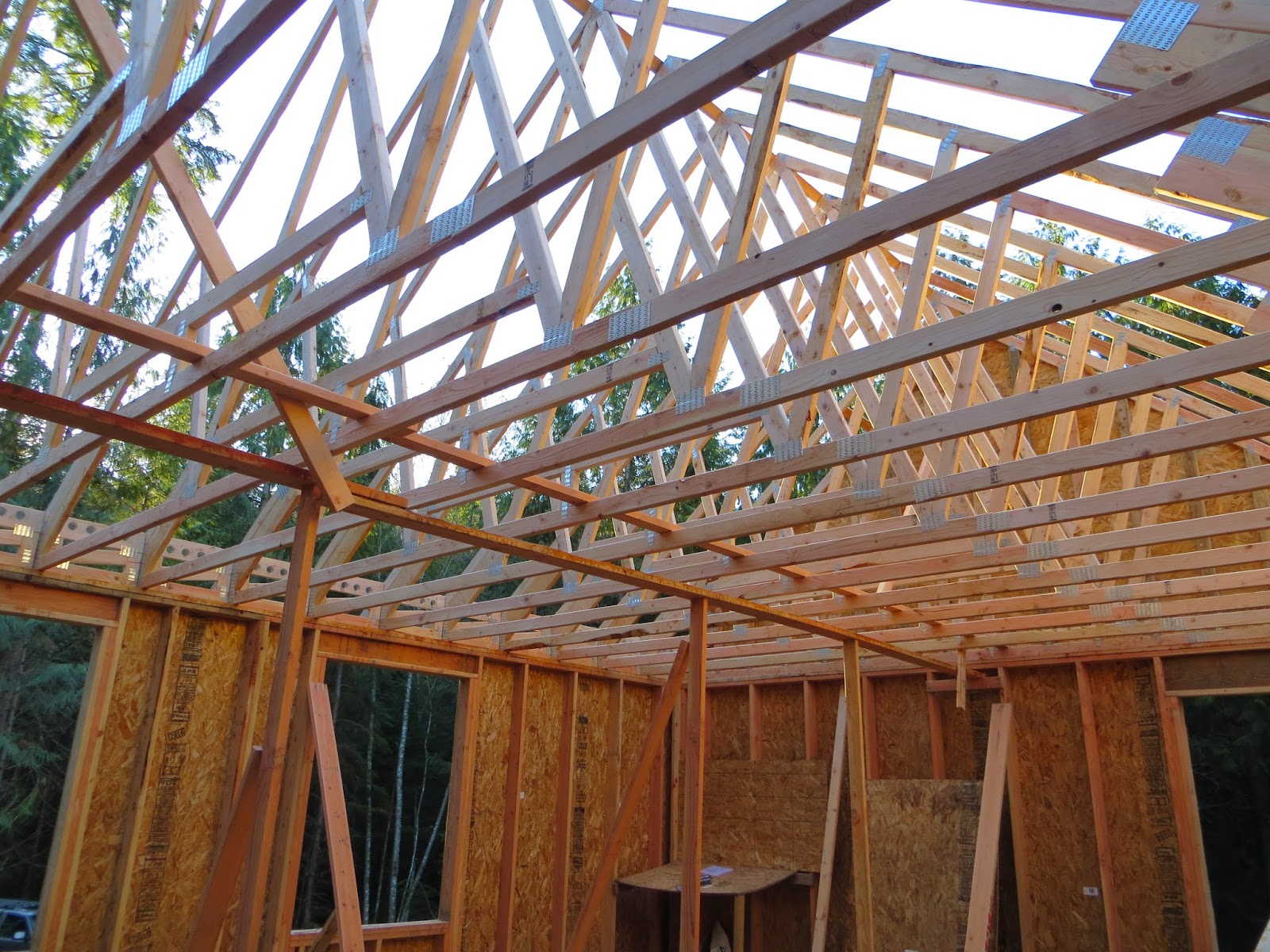 From the outside.  This might be my favorite picture. 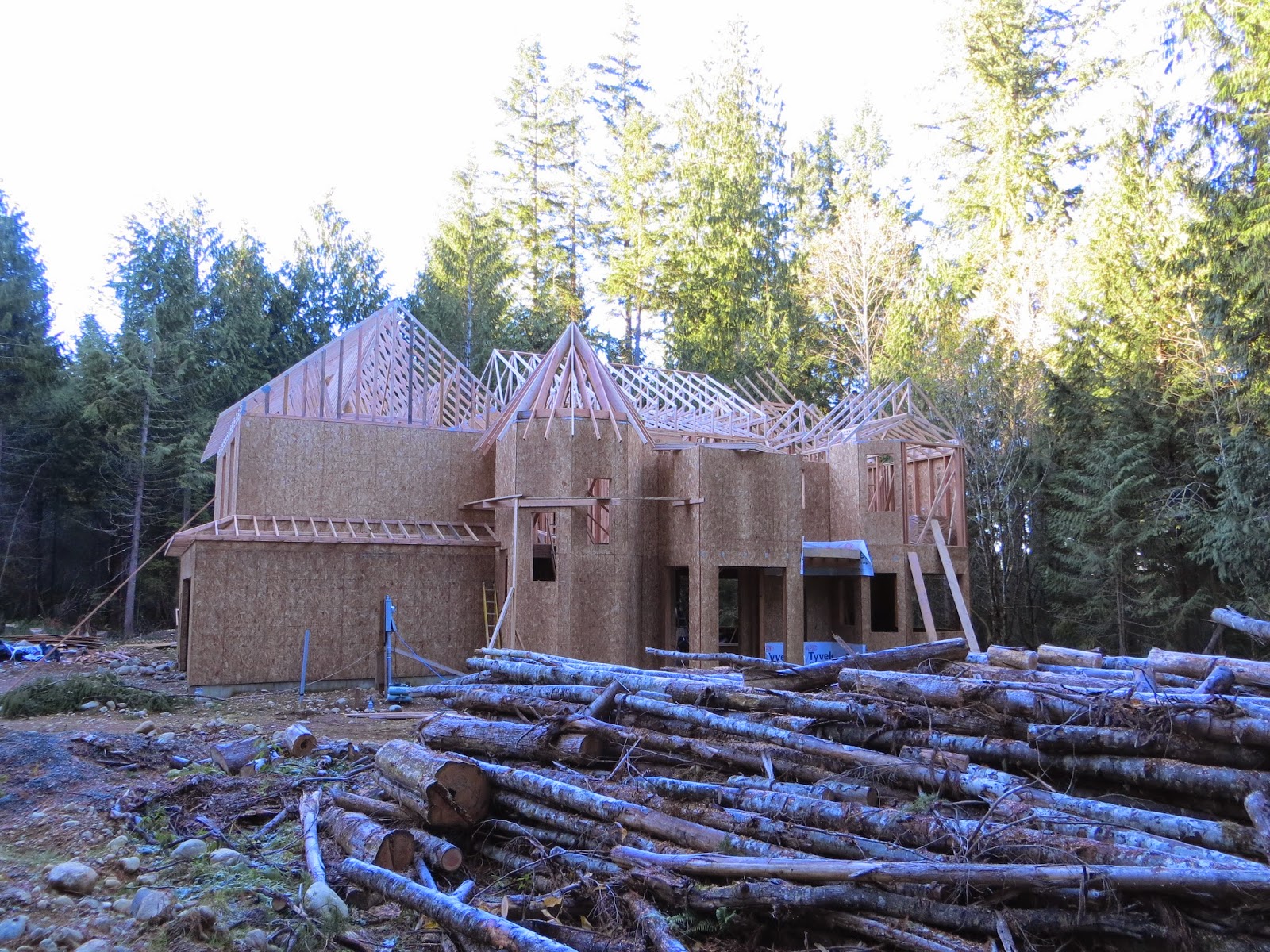 ... But wait, there’s more!  A house with just trusses is still just an exo-skeleton of a house.  Let’s put some flesh on the bones: 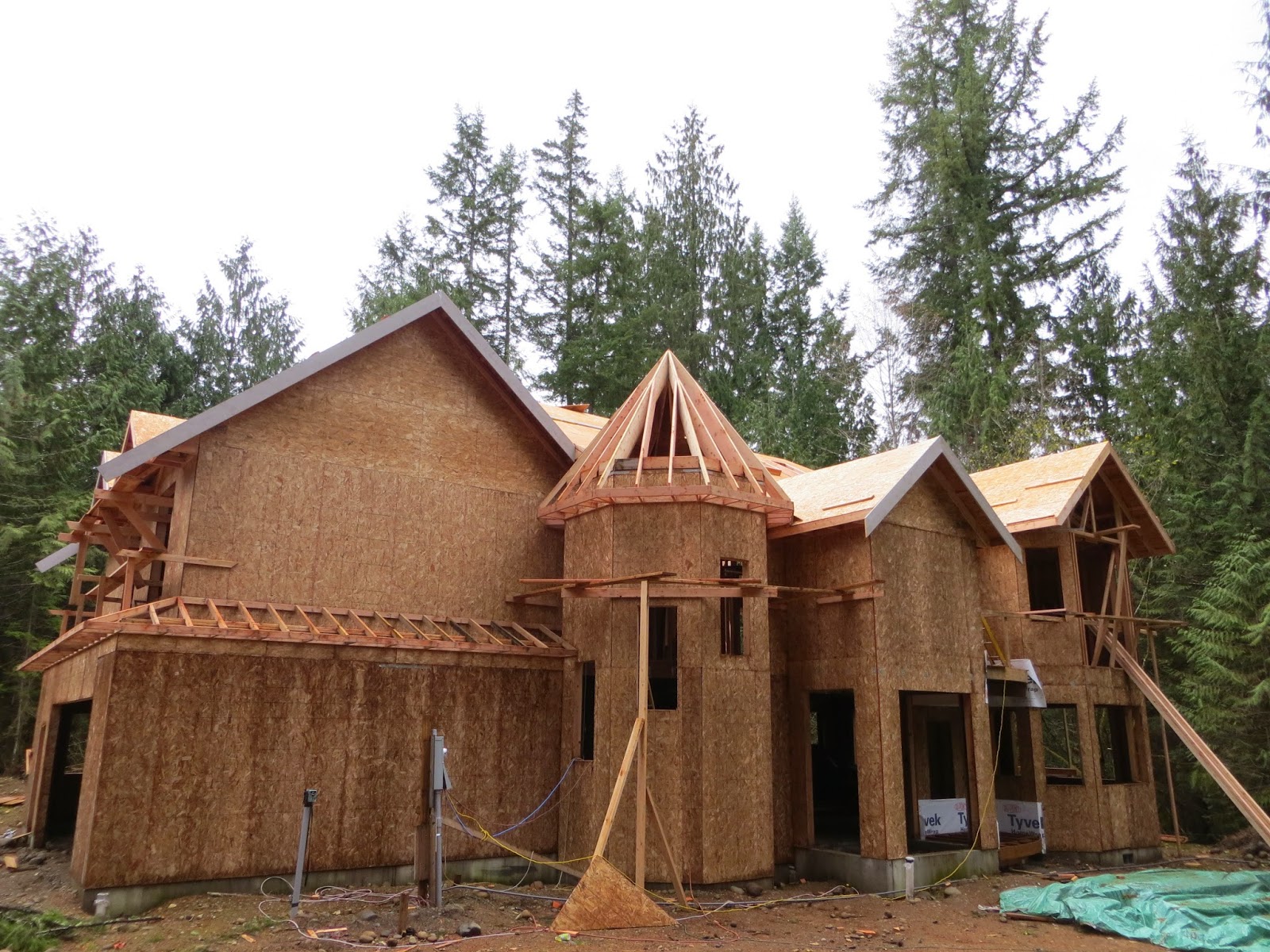 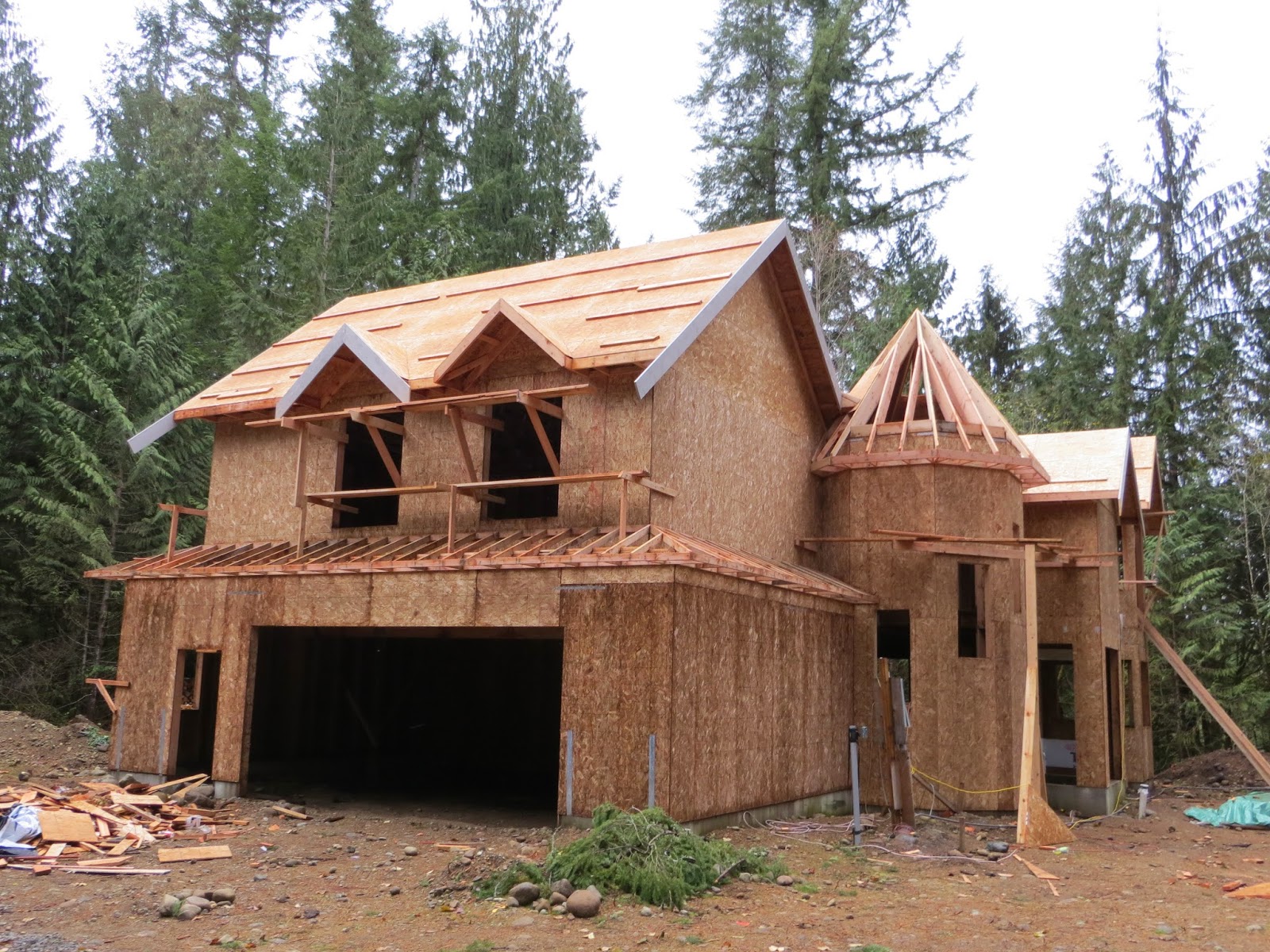 I ended up climbing around on the roof (and trusses), when trying to determine the exact locations and angles for our skylights.  Sitting there on the roof, I felt like a chimney-sweep from Marry Poppins:  “On the rooftop at Griffin… coo, what a sight!” 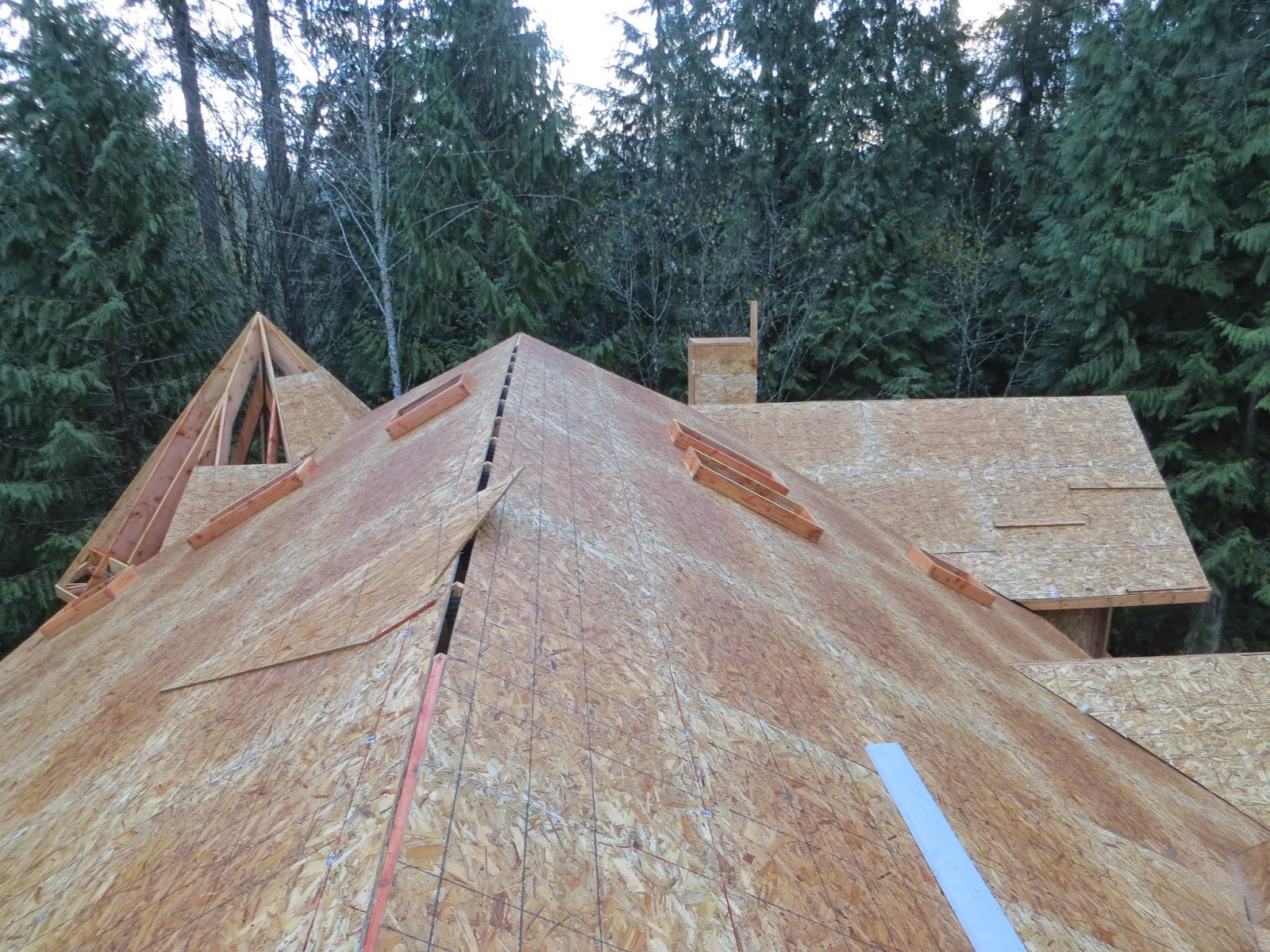 And finally, one more video for your entertainment pleasure.  The framers almost look like optimistic groundhogs:  they keep popping in and out the skylights, hoping spring is on its way.


Tune in next time!

Very cool. I especially like the witch hat turrets. This is the same progression we use in the Army for basic construction, just on a much finer, more detailed and elaborate level.

Thanks, Erik! I have to ask: does the army call them "witch hat turrets" too, or do the turrets go by a more prosaic name?

The house looks so cool! I can't wait to see the finished look once the siding and stone goes on! The castle lives!