While the rest of the football-watchin', beer-drinkin', patriotic America was watching the demise of the Broncos to the Seattle Seahawks, my dog and I were out skijoring... for the first time in his life.

Why Superbowl Sunday?  Because we finally had enough snow.  But more importantly, because the dog sled trails at Crystal Springs Sno-Park are shared with snowmobile users, and I didn't know what my dog's reaction to these noisy beasts would be.  I figured, though, that the snowmobilers would be quite likely to be part of the above stated football-watchin' crowd, off the trail.

Conclusion: I was totally right about the snowmobilers. But I was wrong about my dog. Had I attached a heavy brick behind me, its propulsionary powers would have been no worse than that of my goldendoodle. But doesn't he look adorable in his red harness and green booties? 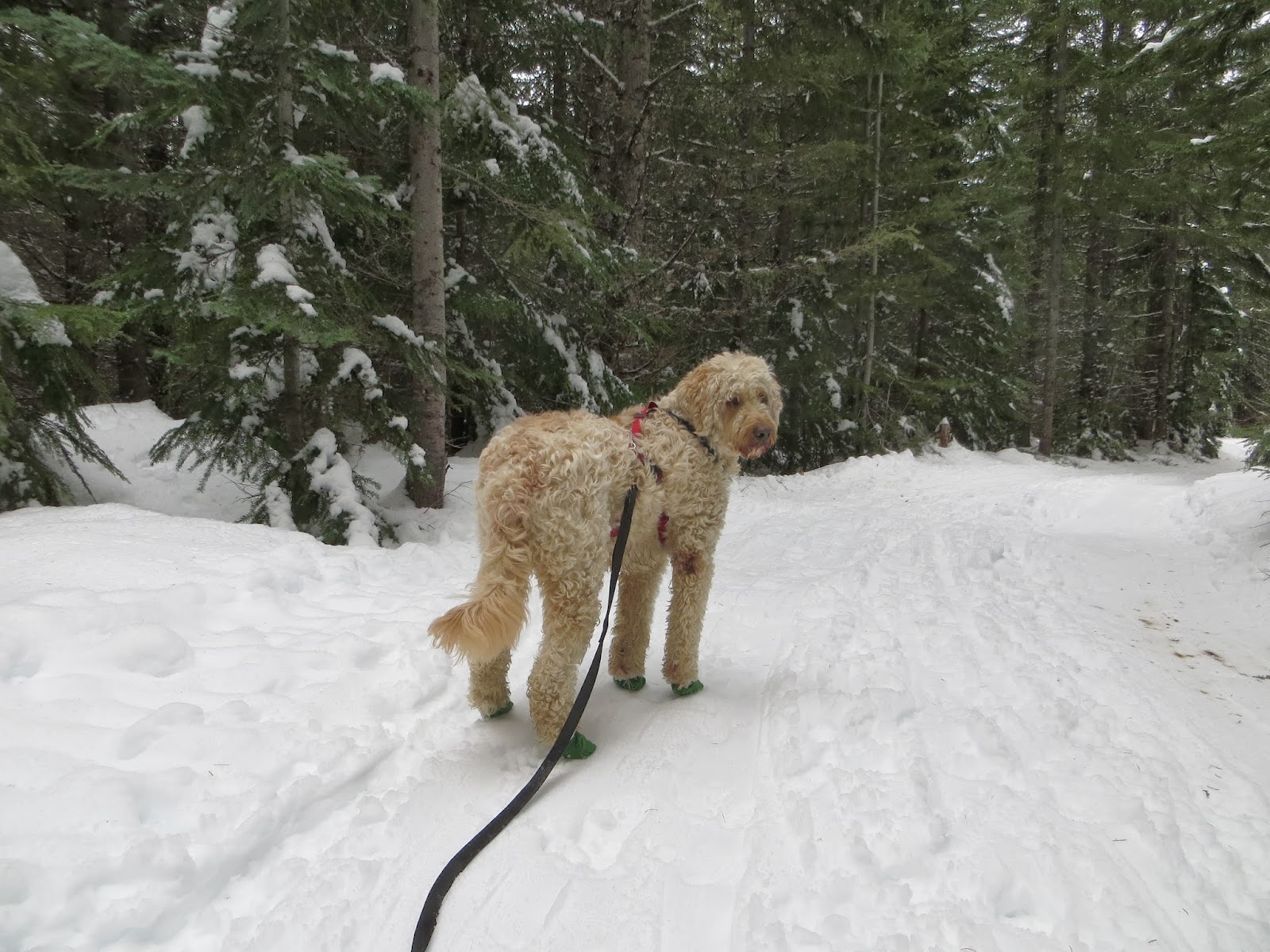 PS:  In keeping with the Superbowl tradition of commercials interspersed with the actual show (wording intentional!), I'd like to tip my ski hat to the generous folks at Eastern Mountain Sports.  When I ordered a DryGuy Wide-Body Boot and Glove Dryer from them a few months ago, they accidentally sent me a box of GU Energy Gels instead.  The box lay in our house for a few weeks (I was convinced it was my wife's purchase, and she assumed it was mine), until we finally looked at the packing slip and saw that it was really supposed to be a shoe dryer. When I informed them about this conundrum, they sent out a dryer the next day - and kindly told me to keep the GU, which I had never tasted before.  Over the last few months, I have developed quite a fondness for it.  So here's to GU - the energy gel that (unlike my dog) pulled me forward along the trail! 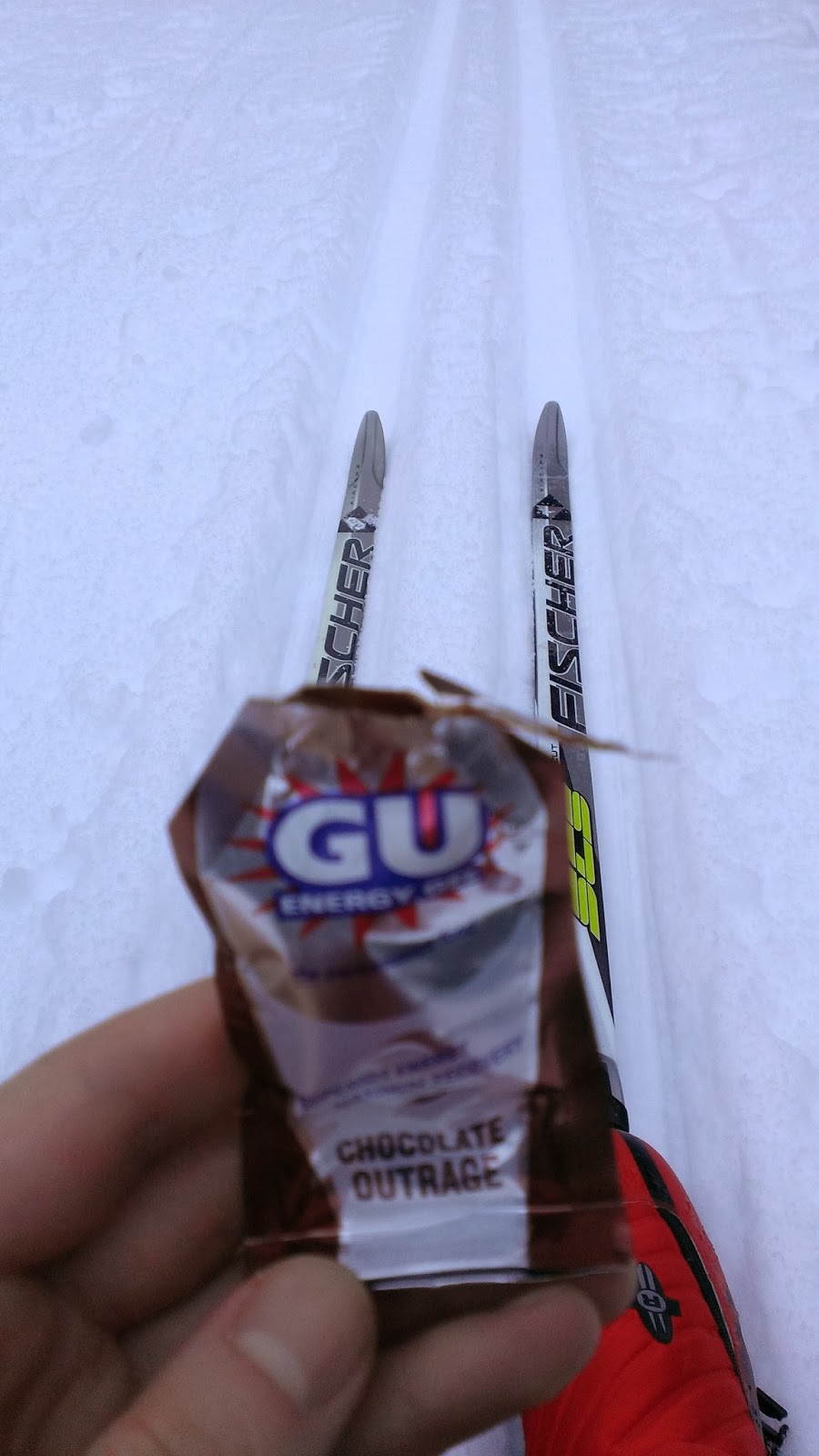