[For this particular day, the blog entry is written by Michael (the rest being written by Katrina)]


The next day, we headed out for our last day-trip towards the three alpine lakes along the North Branch of the Wilkin River. 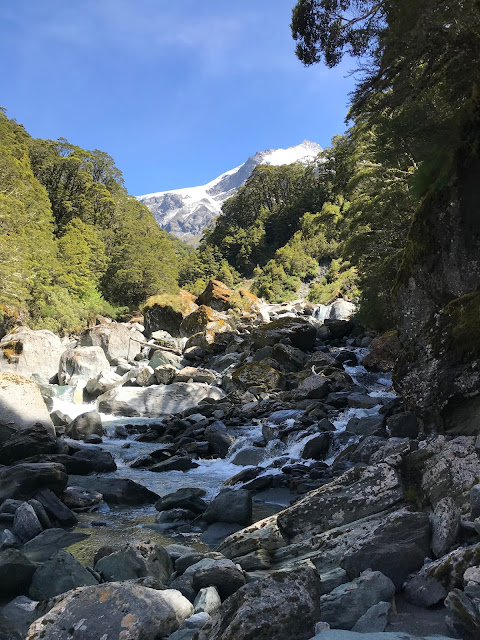 Thanks to the warm sunny weather, several small avalanches crashed down on the other side of Lake Lucidus while we paused to admire the view. 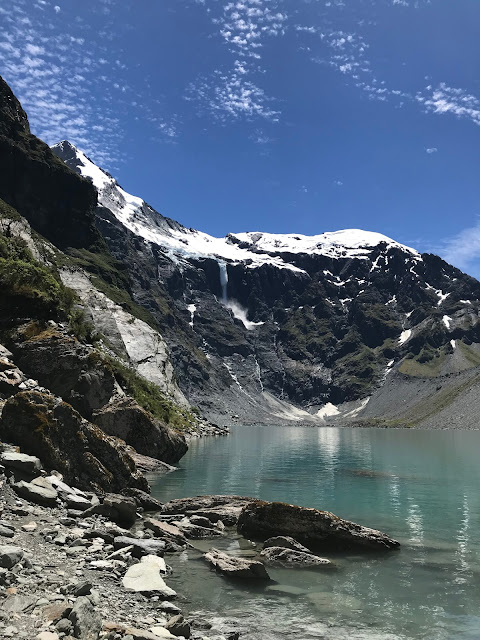 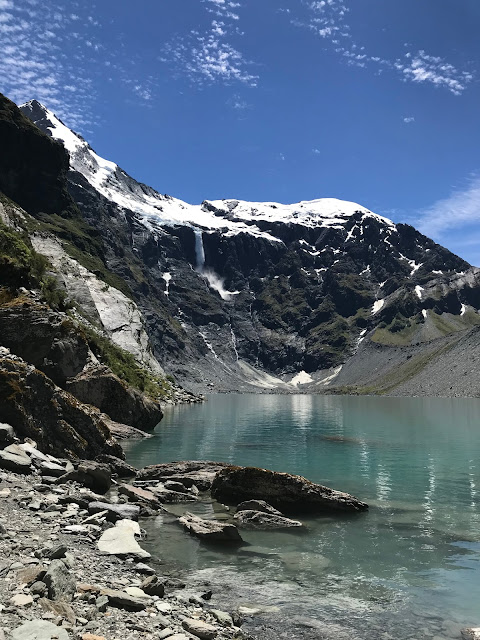 We even captured the event on video:

Actually, the day was so warm, we were nearly melting ourselves.  I tried to keep cool by listening to audio renditions of the articles "Mikaela Shiffrin, the Best Slalom Skier in the World" (The New Yorker) and "Red Dawn in Lapland" (Outside Magazine) – hoping to vicariously absorb the feeling of frigid winter air.

[FYI, audio-recorded articles – just like audio-books, but for featured articles in top magazines – are a real thing, and it's something I've really enjoyed these past few months via Audm, a subscription-based iPhone app.]

Meanwhile, we continued ascending along the creek-side tundra... 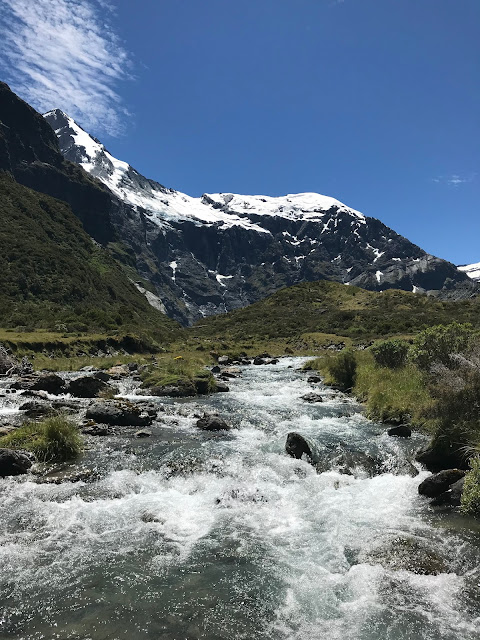 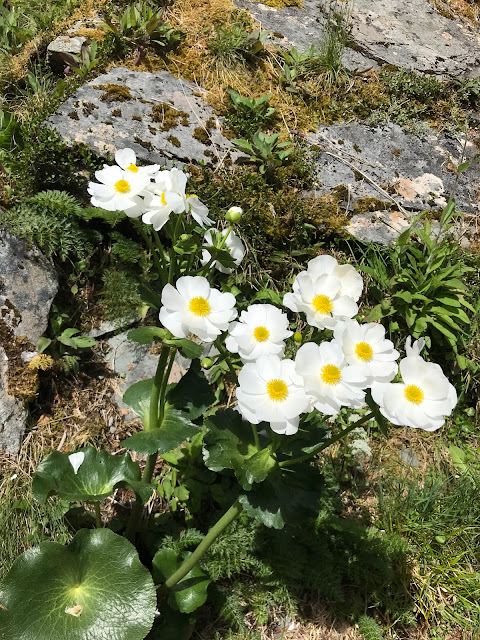 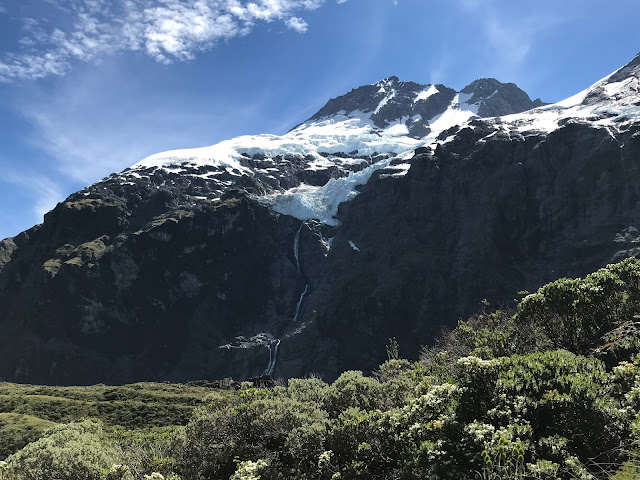 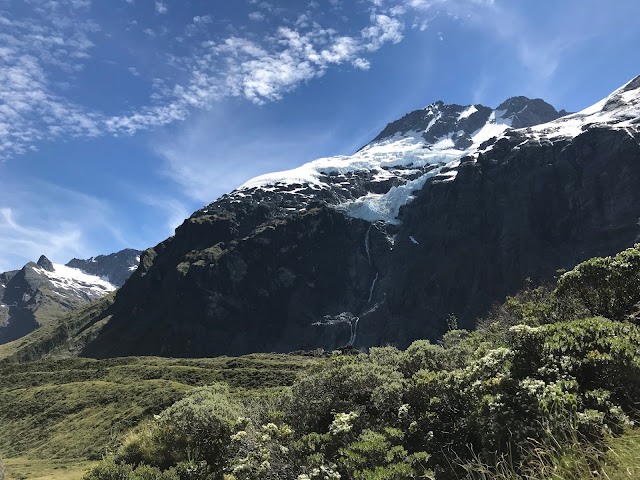 As we walked further and further upsteam towards Lake Castalia, vegetation began to give way to massive boulder-fields: 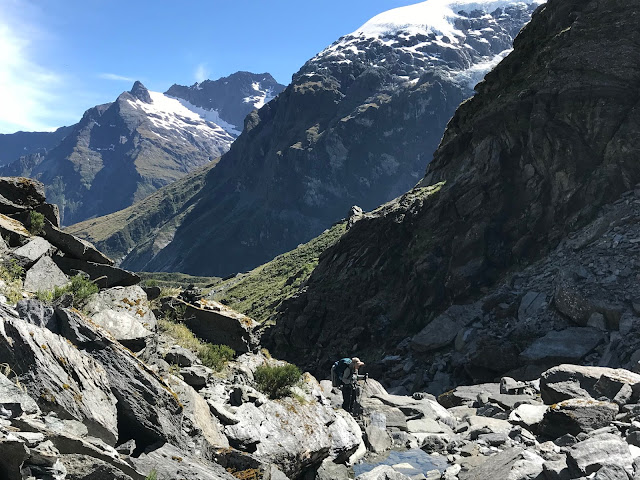 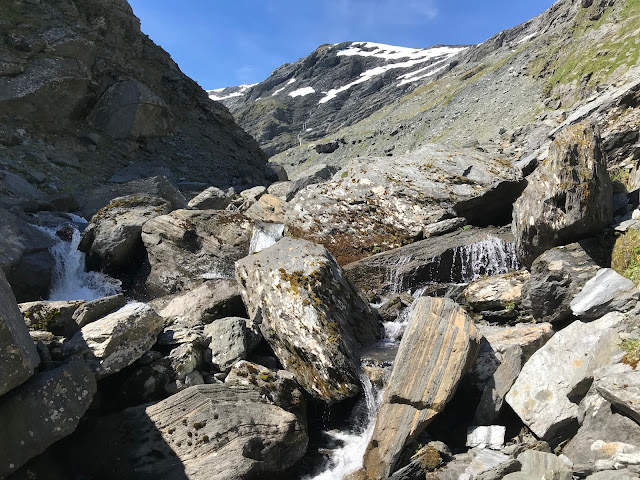 And suddenly, there we were, at the insanely-turquoise Lake Castalia: 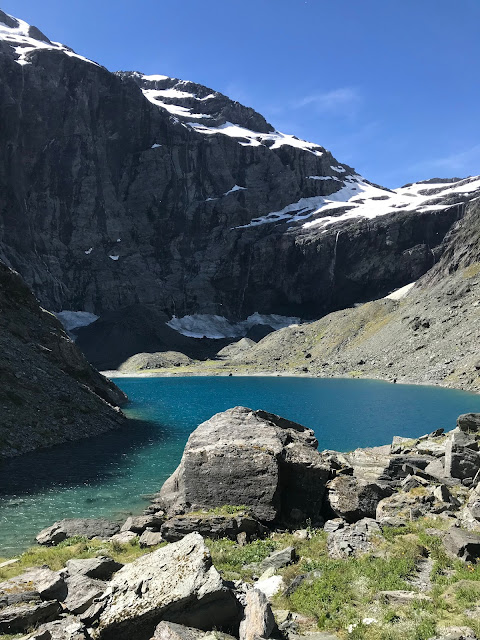 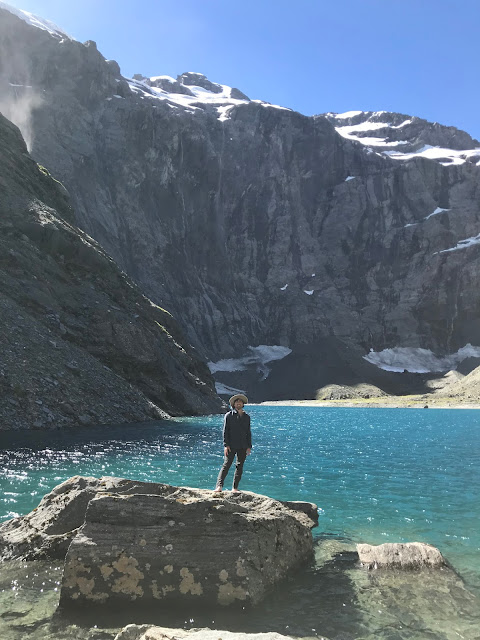 I had kept telling Katrina that I wanted to go for a swim (or more precisely, that my mother would quite possibly disown me, if I hadn't gone swimming in at least one lake in New Zealand).  As this was our last day of hiking on South Island, and this was the last lake we'd encounter on this trip, it was now or never.  So into the chilly glacial waters I went! 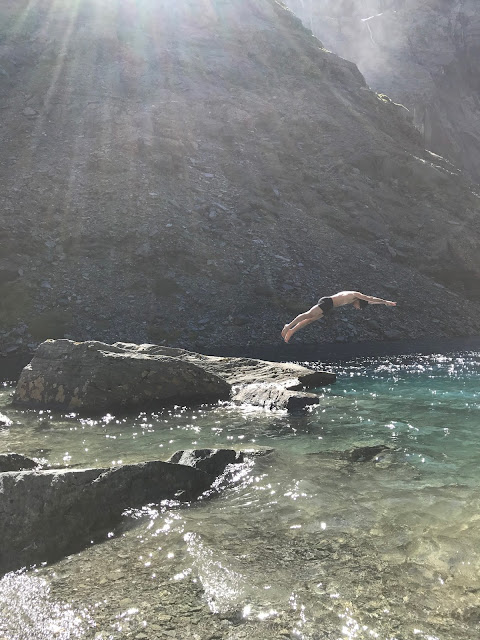 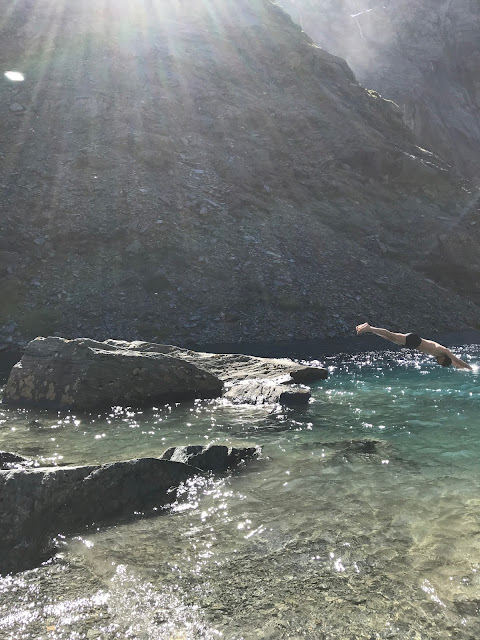 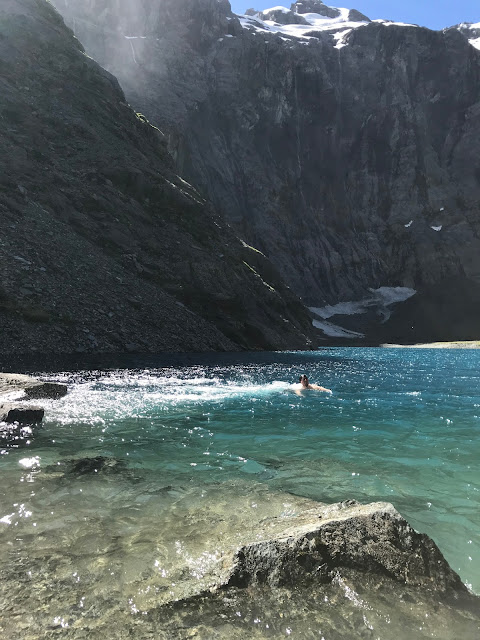 The dives were wonderfully invigorating.  It reminded me of my brother-in-law's fervent assertion, at a similar setting this past summer, that diving into frigid water makes one feel 10 years younger.  As I had just recently turned 30, I decided to dive three times, to even the score.  We took a video on one of the dives; notice the graceful entry into the water, as well as the graceful exit onto the shore (well, the initial exit was graceful, followed by a less-than-graceful moment intended to be behind-the-scenes!).

This was a day where we truly would have appreciated having feet conditioned to wet boots, as there were four major stream crossings where we had to go to great lengths to avoid getting our boots wet: either by Katrina's method of sitting and trading out boots for crocs (often accompanied by loud slappings and angry mutterings while attempting to ward off the vicious sandfly attacks), or by my method of hunting for places to rock-jump (I was 2-for-2 at actually staying dry during said crossings). If we ever do a big New Zealand trip again, we may consider conditioning our feet ahead of time for wet-boot hiking (and ideally wear boots that are meant to breathe and drain!). 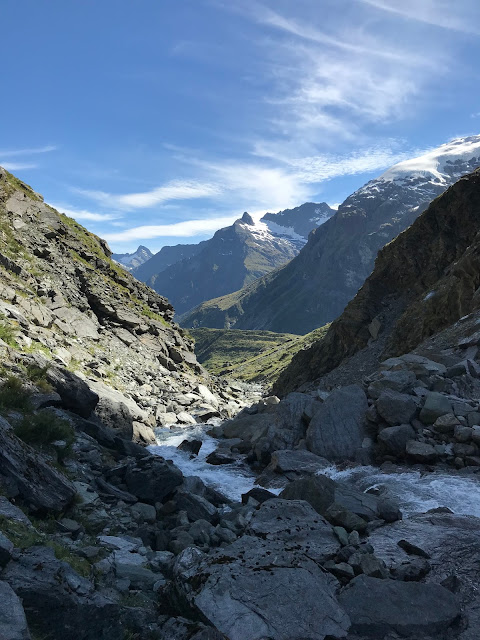 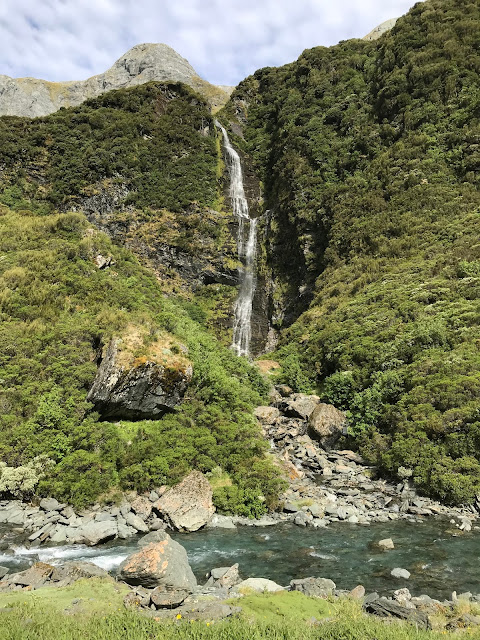 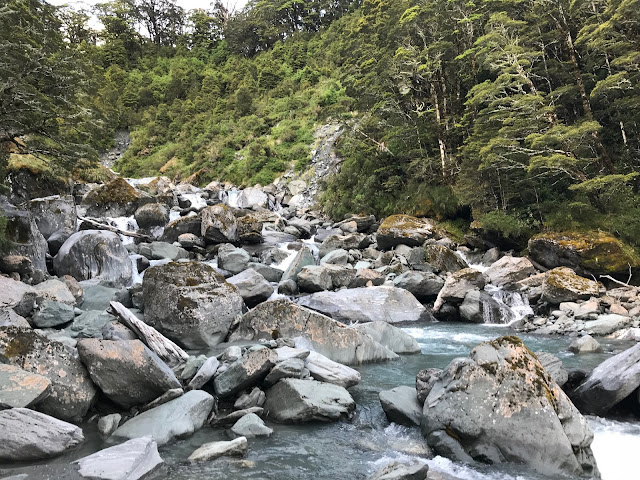 Here are links to the other days:

Really beautiful blue water. Like the swimming. If it was that warm, why didn't Katy swim, too??