Grading: not just for teachers

Another update from the past two weeks: I was surprised by how difficult grading is. It takes a lot of imagination to look at a sloping ground in front of you, and figure out how much dirt it will take to move or add, in order to level it out, or to slope it in opposite directions.

For example: how many small dump truck loads of dirt do you think it would take to level out the road from Image A to Image B (and doesn’t Image B look beautiful – nice and level with no big dips or holes!)?

Answer: around 8 loads of dirt. J

One of the other big surprises for me was how the center of our road loop ended up being raised, in order to make sure that our garage, driveway, and road would all slope down, away from the house. It looks rather like a big island! 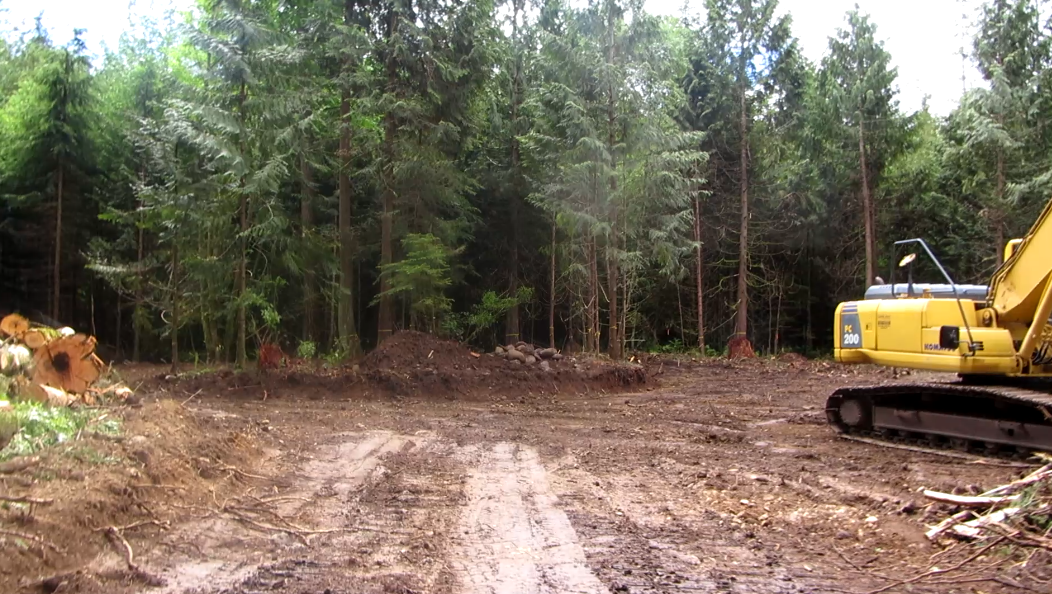 Which later became a series of smaller islands around each tree cluster – our own archipelago! 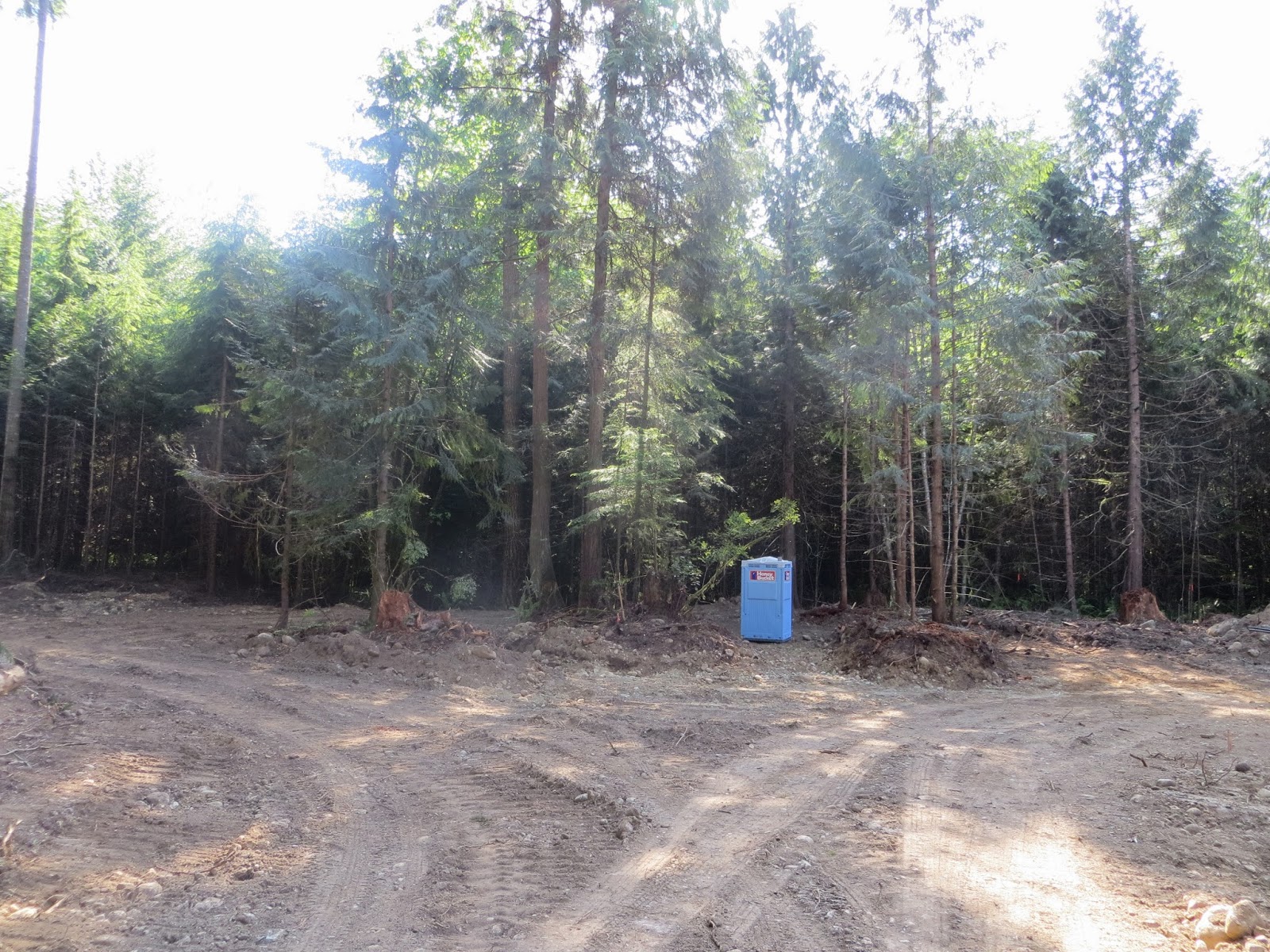 (Complete, of course, with the new, nice and shady location for our portable toilet!)

And while I had been worried about not having enough sun around our house amidst all these big tall trees to be able to grow a vegetable garden and flowers – I don’t think that’ll be a problem anymore, at least not in the front yard. The bigger question is how Michael’s dad and I are going to stay cool in the big sunbath which our clearing has become. Framing a house in the hot summer months of July and August will certainly be better here in Washington, than, say, Kansas, but it’s still going to be hot! (And yes, the Seattle area does get sun: it’s drizzly through most of the winter, and large chunks of the fall and spring, but summer here is known for its clear, sunny days.)

Thank goodness this teacher doesn't have to do any grading!! Your lot looks great!!