Besides getting started on our rough-ins, another big milestone has been getting our garage slab poured J 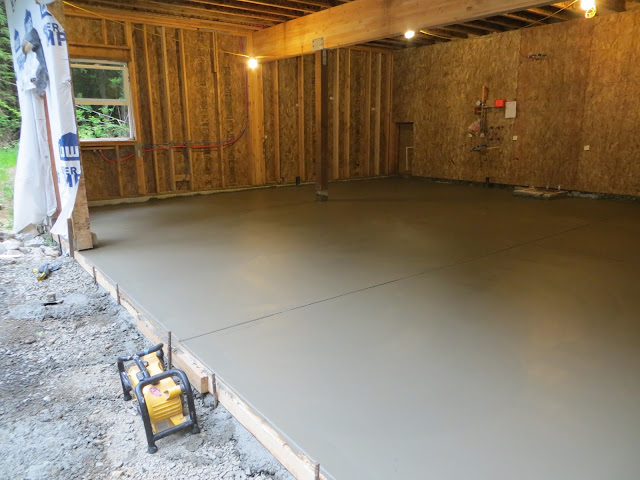 We had some extra prepwork involved – adding some ABS pipes to drain the excess backwash water used to help filter out the arsenic in our well to make the water drinkable:
The ABS pipes poking out in the garage will eventually carry our unwanted backwash water underneath the slab outside to three buried infiltrators (essentially, domed plastic forms that provide a large empty space underground, where the water can be stored until it’s able to drain into the soil below):
Once we had our ABS drain system ready, and the soil and extra 4” layer of gravel fill compacted, we were ready to pour!

We ended up having some complicated slopes, to allow for a large level area for our huge water tank to rest in the back corner, while the rest of the garage would slope away from the house towards the garage door at about 1/8” per foot. We also ended up with a surprise feature – no step from the garage floor into the house floor. Instead, one of our clever concrete installers recommended having a sloped ramp. We had always planned on having only a single small step, by flashing the back garage wall:
But this way, we have no step at all!

Step 1: Compact the sub-grade soil, and then the next 4”-layer of crushed rock “fill”.
Step 2: It’s a good idea to tie in some rebar for added strength. 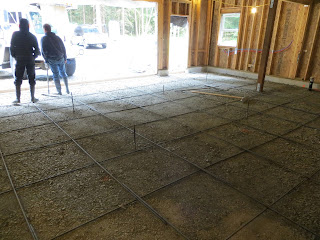 Step 3: Concrete truck arrives, and pours the right type of concrete (there are lots of different types of concrete mixes: interior garage slabs usually don’t have air installed – for a smoother finished surface), and workers roughly spread it out. Step 5: Pushing the big gravels down, and bringing the fines up to the surface. 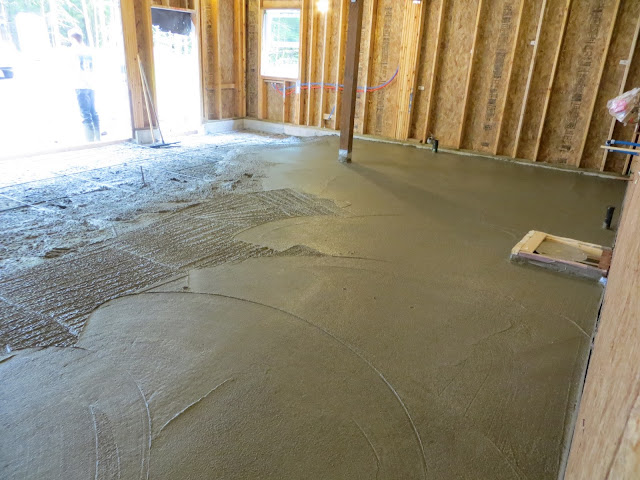 Step 7: Rough expansion joints added (to encourage cracking – which is always inevitable in large concrete slabs – to occur in straight, fairly unnoticeable lines within these joints). 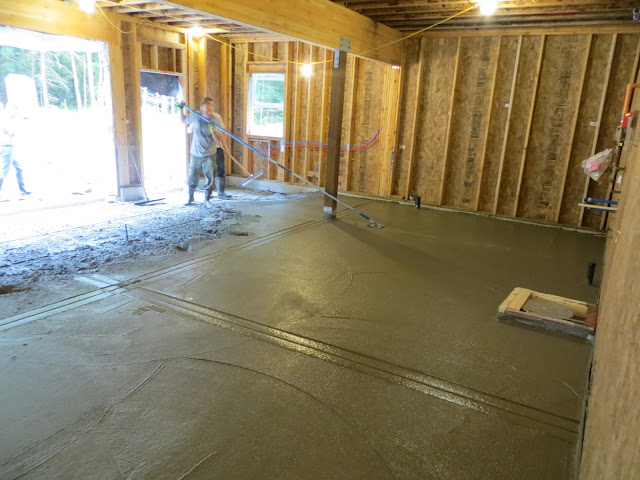 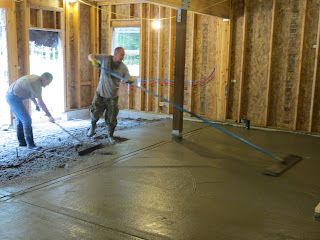 Step 9: Final finishing, complete with knee pads that slide around on the concrete kind of like ice skates ;) 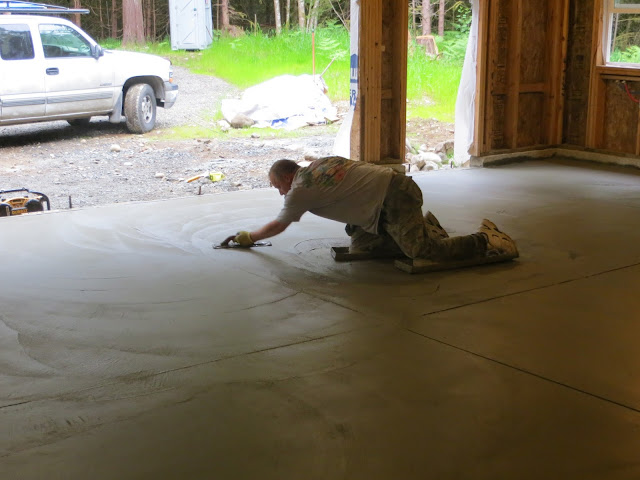 There’s always the chance that there will be some extra concrete left over (as it’s always better to over-order, rather than under-order). We planned ahead (thanks to the suggestion of our concrete installers), and used the extra to form a small outside pad, which we’ll eventually use to rest our 120-gallon propane tank on (which will allow us to run a small generator during power outages).

Filling the wheelbarrow with the extra mud: J:

Next up: our waterproof decking J

Who would have guessed there was that much involved in pouring a slab!!