Greetings from England! As some of you may know, I am here on a study-abroad program at Harlaxton College through the University of Evansville. I will write more about England in the posts to follow, but for now I'd wish to wrap up last semester before plunging into the new one.

Unfortunately, it's hard to wrap up a blur. And a blur it was: Katrina, friends, unfinished class work, tutoring, a new Mac laptop, an attempt at a business, and a heroic attempt to save my GPA all blurred into one. Several episodes stand out in my memory, though:

* * *
An unusual conversation with Kat:

Katrina: My purse doesn't weigh me down, it's magical. It doesn't slouch me down, it lifts my shoulder up!
Me: Does something have to be magical if it lifts something up?
Katrina: Yes
Me: So is helium magical? It does a pretty good job of lifting things, you know.
Katrina: Yes
Me: Are airplanes magical? And birdies?
Katrina: Yes
Me: Are bugs magical too then? Flies and mosquitoes and the like?...
Katrina: [pause] No, they're cursed
Me: But if they're cursed, wouldn't they be weighted down to Hades, as opposed to lifted up?
Katrina: No. They're lifted up so they have a longer distance to fall.

* * *
For Thanksgiving Break I went with Katrina to her hometown of Lawrence, Kansas. The several days I was there were among the happiest and most carefree days of my semester. I brought some programming homework with me, but I did most of it during the car ride. For the rest of the time, I got to meet Katrina's fun and warm family, go on walks next to two man-made lakes, visit some of Katrina's friends, toss a Frisbee, serenade Katrina from up in a tree, and simply spend a relaxing several days with her. Many thanks to the Universe -- along with Kat and her family -- for giving me that time! 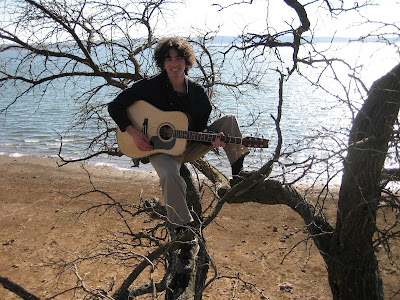 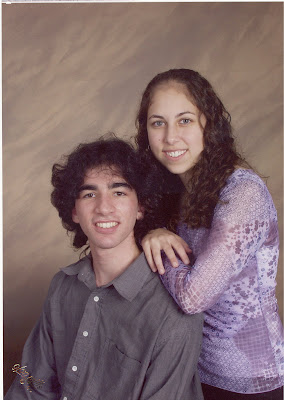 * * *
But the Universe could only tolerate me for too long. Sooner or later -- namely, by the time finals rolled around -- I had to pay for my relaxed Thanksgiving Break. The payment process came rather "sooner" in a form of three math finals, two of them one after another on the same day, hardly two weeks after Thanksgiving. I was at least a month behind in each of those classes, having done virtually no homework all year and having crammed for all the previous tests. With the full force of a friendly sledge hammer, this realization dawned on me two days before Finals.

How I managed to survive the next two days is a difficult question; how I managed to get all As in all my classes -- and go from Michael the Lost to Michael the Math Conqueror in two days time -- is quite beyond understanding. I studied for 12 hours straight on the second day, getting confused to the point where I felt like I was un-learning whatever small bits of knowledge I had retained throughout the year. And then, during the tests, everything clicked. Old formulas made sense; new formulas were derived; I even made up my own sample problems, tracing through them to find a reasonable thought process that could be used on parallel test questions. Veni vidi vici!

A little snippet of my own semi-witty dialogue from the time when I was still studying for those finals (i.e., from Michael the Lost):

Tyler: "How goes my dear?"
Me: [purposefully misinterpreting "dear" to sound like "deer"]: "staring at the headlights!"

* * *
This dialogue -- a dialogue that's humorously representative of the second half of my last semester -- concludes my detour into the not-so-distant-past of Fall 2006. And now... let the Harlaxton adventures begin!